'Be it resolved that men are obsolete.'

That was the question last week at a high-spirited edition of Toronto's celebrated Munk Debates. Hanna Rosin and Maureen Dowd said, "OMG Yes!" Camille Paglia and Caitlin Moran: "No way!"

To men offended by the proposition: Lighten up. Don't join those censorious feminists who have made the battle of the sexes a humor-free zone.

Ms. Rosin opened by asking, "How do we know men are finished?" Her answer was a quote from embattled Toronto Mayor Rob Ford. "Yeah, there have been times I have been in a drunken stupor." Exhibit B for her argument that men have become as fussy and insecure as women was a tweeted photograph of Anthony Wiener's meticulously waxed chest. Along the way, she made serious points about how men are falling behind in education and the work place. Women are adapting in the new world of gender equality; men are not. "Men are the new ball-and-chain," Mr. Rosin said.

Ms. Paglia was having none of it. She reminded Ms. Rosin and the female supremacists that their busy Alpha-female lives are made possible by an invisible army of men – "men who do the dirty, dangerous work of building roads, pouring concrete, laying bricks, tarring roofs, hanging electric wires, excavating natural gas and sewage lines, cutting and clearing trees, and bulldozing the landscape for housing developments." Ms. Paglia described the modern economy, with its vast system of production and distribution, as a sublime "male epic." Women have joined it – but men built it. "Surely," said the fiery Ms. Paglia, "modern women are strong enough now to give credit where credit is due!" And she reminded women that without strong men as models to either embrace or reject, women will never attain a distinctive sense of themselves as women.

Maureen Dowd made good fun of her misfortune in following Camille Paglia – beginning, "Um, I've never debated before, and I am so screwed." She did not fully engage the topic, but her beguiling style was a caution against letting "men and women are identical" ideologues drive the discussion. With her Veronica Lake hair and slinky black dress, Ms. Dowd was an alluring 1940s-style vamp with up-to-date female taunts: "Men are so last century… they seemed to have stopped evolving." When guys finally exit the stage, she wondered if they would be taking "video games, Game of Thrones on a continuous loop and cold pizza in the morning with them." Women, said Ms. Dowd, have "clicked their ruby red stilettos three times" and now realize they are in charge. "The world is not flat, Tom Friedman. The world is curvy." Actually, the world is both – as Ms. Dowd clearly knows and enjoys. And she does not want to destroy men, she wants to have fun with them – while joining them in the pursuit of power and happiness. Her playful, femme fatale feminism was more appealing than anything in Women's Studies 101.

Caitlin Moran, British writer and humorist, began by warning that her feminism was strident, Marxist, and "fueled by cocktails." But she turned out to be a down-to earth humanist, reminding everyone that calling men obsolete was no better than the bad old sexist days when women were said to be irrelevant. We are in this together, said Ms. Moran: if one sex fails, the other staggers. All of the speakers acknowledged that working class men's fortunes have fallen and that boys are having serious difficulties in schools. But, Ms. Moran insisted, that does not mean we should celebrate their travails, but rather that we should do everything possible to improve their prospects. She shocked and delighted the audience with her concluding remark: "The question of the evening is: Are Men Obsolete? My conclusion is: No! I won't let you be – you fuckers!"

Imagine four brilliant, accomplished, funny women discussing the politics of gender outside the dreary, angry, "rape-culture" obsessed framework of contemporary feminism. That happened this past Friday night at the Munk Debate, and both sexes came out ahead in the encounter.

Christina Hoff Sommers is a resident scholar at the American Enterprise Institute and the author of The War Against Boys. 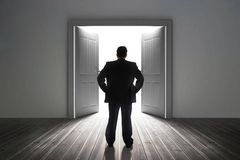 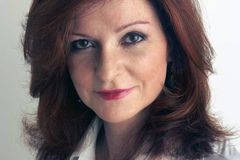 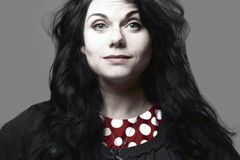