Shaista Aziz is a British freelance journalist who writes about race, gender and Islam.

Qandeel Baloch, a 26-year-old former model and social media star became a household name in Pakistan for her bold, unapologetic videos celebrating her sexuality and, in turn, exposing the deeply ingrained misogyny and hypocrisy cutting across Pakistan's social and class divide.

She pouted, she purred, she provoked – oozing confidence rarely seen in most Pakistani women her age or any age – and uploaded videos on social media platforms for her hundreds and thousands of followers, the majority of whom were young Pakistani men.

They watched her videos behind closed doors with glee, and then hissed and cursed her publicly for her so-called "un-Islamic and filthy ways." In a country with reportedly one of the highest Google searches for pornography in the world, Ms. Baloch became the target for the self-proclaimed male and female moral and religious police.

As one Pakistani man told me: "She was like the forbidden fruit, tempting, eye candy that you knew was forbidden."

In one of her most rebellious and a political acts, Ms. Baloch posed for selfies with an Islamic cleric. Perched next to the excitable figure while balancing his hat on her head and with a twinkle in her eye, she shook the clerics hand and talked to the camera explaining she had borrowed his hat because she did not have a headscarf to cover her head.

In that one moment alone she took on Pakistan's religious lobby head-on by exposing hypocritical attitudes toward women.The video went viral and the backlash spread like wildfire, social media users in Pakistan called for Baloch to be taught a lesson or urged Baloch should change her behaviour.

This weekend, Ms. Baloch was drugged and strangled to death in the name of "honour." Her brother Waseem, 25, now in police custody after going on the run, confessed to killing his sister because, he said, "Girls are born to stay at home" and bring honour to the family. He went on to say he had no regrets over killing his sister and for him the video with the Islamic cleric was the final straw.

According to her brother, he killed her in the family home in Multan, Punjab, Pakistan's largest province, as their parents slept upstairs, proving once again that in Pakistan, like other parts of the world, a woman is not even safe in her own home.

This is the same home from where Ms. Baloch says she was forced into an abusive marriage with an older man at the age of 17 and, in her own words, endured years of "torture" from her ex-husband. She gave birth to a son and then a few years later escaped to build her own life.

Ms. Baloch is the latest woman to be murdered by a family member in so-called "honour killings" in Pakistan. Since May, there has been an increase in reported honour killings across Pakistan; women beaten and burnt to death. In one recent case a young woman's brother slashed her throat and watched her bleed to death. Her crime? She was accused of talking to a man on the phone.

The Human Rights Commission of Pakistan reports more than 1,000 women were killed for "honour" in Pakistan in 2015. The prosecution for such crimes remains woefully low, with family members often forgiving the killers, who are also family members, so they walk free.

There has been a huge reaction to Ms. Baloch's murder in Pakistan and amongst the Pakistani diaspora around the world. Her death has opened a Pandora's box of misogyny even amongst Pakistani women and many other Muslim women, who are leading the hate charge by labelling Ms. Baloch online and on social media as a "prostitute," "a filthy, dirty woman," a "fornicator" and a non-Muslim.

The Islamic Republic of Pakistan continues to betray women like Qandeel Baloch, as do these so-called sisters drowning in hypocrisy and hate. 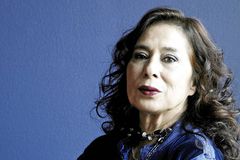 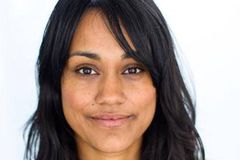