Once upon a time, drinking and driving was virtually a rite of passage in Canada.

When I went to high school in the 1970s, we didn't think twice about hopping into a car with someone behind the wheel who'd been pounding beers all night. The next weekend, we'd do the same thing, and the weekend after that. Even news of an alcohol-fuelled crash that killed someone we knew didn't deter us.

Today, boomers like me look back on those days and marvel that we're still alive. More than once, I've shared stories with others that recalled the willful disregard we demonstrated as young adults, especially when it came to booze, and shuddered at our idiocy.

Now that I'm a father of two young adults, I've completely changed my tune, of course. I've become an anti-drinking-and-driving zealot. It was long ago that I lost count of the cash I've paid cabs for my sons and their friends. And I've driven far and wide to pick up cars left behind at parties or bars. It's a pain, sure, but a small price to pay.

As a nation, Canadians have come a long way when it comes to drinking and driving laws. This Saturday, new rules go into effect in Alberta, which had long resisted measures beyond just criminally prosecuting those who blow .08 – the federal limit in law.

The new standard in wild rose country is .05 (despite objections from the Wildrose Party). If a first offender blows between .05 and .08, they will lose their car and licence for three days. This leaves Quebec as the only province that doesn't take some action against drivers with blood alcohol levels approaching the federal limit.

Such provincial measures have helped reduce the number of fatalities and injuries on our roads caused by drunk drivers, but we still have a way to go. British Columbia, which has the most progressive legislation in the country, isn't just punishing drunk drivers – it's trying to rehabilitate them, too.

"That's the piece that's missing in the Alberta legislation," says Andrew Murie, CEO of Mothers Against Drunk Driving. "It's missing everywhere, in fact."

In B.C., if you blow .08 or beyond, you can avoid the justice system – and a criminal record – if you fit certain criteria. Conditions include not having killed or injured anyone or caused property damage as a result of your actions. If you qualify, you can opt for administrative sanctions over the courts.

If you choose this path, you have to go through a rehabilitation program, which could lead to treatment for alcohol abuse. When the person is given the right to drive again, it can only be in a car outfitted with an ignition interlock system, for a minimum of one year. The device prevents the car from starting if the driver's blood alcohol level is above a certain limit.

"The focus is very much on rehabilitating the driver and not simply punishing him," says Mr. Murie. "I don't think just punishing drivers works."

According to Mr. Murie, the B.C. initiative helped reduce the number of drunk-driving cases headed to court by 90 per cent. Now Ontario and other provinces are looking at doing the same, he says. B.C.'s new law is credited with reducing alcohol-related fatalities on the road by 44 per cent since its introduction in September, 2010.

Not surprisingly, Mr. Murie and his forces want more, specifically random vehicle testing. This would give police more time to evaluate a driver's condition than the 10 seconds an officer usually gets at a roadblock. It would also eliminate the "reasonable suspicion" provision of the current law, which many people (and their lawyers) exploit to avoid drunk-driving convictions.

Despite a recommendation by an all-party committee that random vehicle testing be approved in Canada, the federal Conservatives have so far balked at the idea. Its arrival, however, may just be a matter of time. 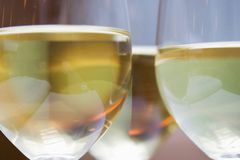 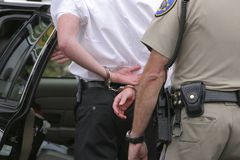 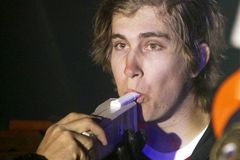