As the NHL lockout drags on, the protracted squabbling between owners and players presents a spectacle of competing self-interest and greed. Compromise remains elusive, despite each side claiming to know the path toward a sustainable future. If the trend continues, we may see yet another season go down the drain.

Whenever a deal is finally reached, the NHL must confront some profound challenges if it wants to remain one of North America's major professional sports leagues. While Canadian support remains strong, the league lags south of the border, where average franchise values pale in comparison with those of other leagues. (A typical NFL team, for instance, is worth almost five times as much.)

The NHL's network TV contract with NBC – worth $200-million a year – is also meagre when compared to other leagues. The NFL, for instance, has a deal with a consortium of broadcasters worth $2.1-billion a year. For the NHL, Canadian broadcasters bring in another $200-million a year (which is shared among all the teams, not just the Canadian ones), and local television agreements bring in additional revenue (from $45-million a year for the Toronto Maple Leafs to $2.5-million for the Phoenix Coyotes). Yet, despite strength in some local markets, a notable presence on U.S. television continues to elude the league.

Notwithstanding these difficulties, the NHL still brings in strong revenues – $3.2-billion last season. But how can that income be most effectively utilized to ensure long-term success for all of the league's stakeholders? Thankfully, the answer can be found in the business strategies of the NFL, which generated $9-billion in total revenue last year.

In pro football, owners share the television, licensing and merchandising revenue equally among all teams (yes, equally). Forty per cent of all gate receipts are also shared around the league. Not only does this revenue sharing allow teams to exist in small markets such as Green Bay, Wis., it also allows them to thrive in otherwise illogical locations. Instead of winning four Super Bowl titles – the sixth-highest total in league history – the Packers would have shut down or relocated long ago were it not for the NFL's wealth redistribution strategies. Through this strategy, the smallest and potentially weakest franchises are subsidized and protected by the larger, stronger members of the NFL collective. Yes, the most "macho" and symbolic of all American sports leagues is successful because it embraces a "socialist" philosophy through the equal redistribution of wealth and resources between its members.

This approach, designed to ensure mutual vitality, is partially a legacy of former commissioner Pete Rozelle, who popularized the idea of "League Think." Instead of some owners making huge mountains of money while others go bankrupt, the owners of successful big-market teams have been able to make slightly smaller mountains of money while smaller-market clubs stay competitive. The effectiveness of this strategy is reflected in Super Bowl participation statistics: In the league's marquee event, 28 of its 32 teams have appeared since the inaugural game in 1967. By contrast, only 18 NHL teams have won the Stanley Cup over the past eight decades, while six of the 30 teams currently operating have never even been to the final.

So what is the NHL to do? Currently, the league shares just 4.5 per cent of revenues, mostly in the form of a luxury tax that sees the 10 wealthiest franchises pay into a pot to support the 15 poorest as determined by attendance and revenue-growth thresholds. Many of these struggling teams are a legacy of commissioner Gary Bettman's southern strategy: In moving hockey to "non-traditional markets" (i.e., deserts and mangrove swamps), it was assumed that demand would soon follow supply, along with a lucrative TV deal. Neither materialized. As a result, numerous small-market teams remain uncompetitive and underfunded while certain franchises in lucrative markets can rely on regularly sold-out games despite fielding uncompetitive teams. With franchise competitiveness stratified, and support mechanisms for weak teams wholly inadequate, the entire league is destabilized.

In its current form, the NHL cannot compete with the NFL, but it can certainly learn from it. Securing labour peace and reducing costs can increase revenues and profits in the short term, while limiting future expansion to markets with an appreciable hockey following (Canada, the Northern United States or even Europe) can prevent the failures of expansions past.

If, however, the NHL wants to operate on a sound footing in the long run, it should pay attention to the NFL's collectivist approach. If a more equitable redistribution of wealth can work so well for that quintessential American sport, then perhaps it's time the NHL's owners and players sheath their swords and work toward the good of the game. If they do, chances are the size of the hockey revenue pie will be greatly enhanced.

Jacob Dicker and Matthew Walthert both study strategic management in the MA program at the School of Public Policy and Administration, Carleton University. 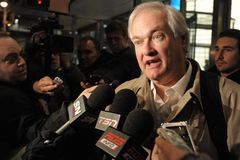 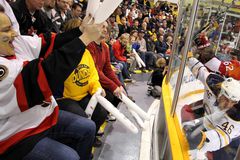 Are the NHL owners cracking? Bettman says no
November 19, 2012 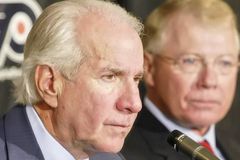 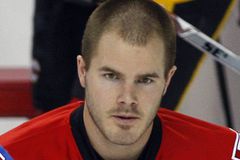 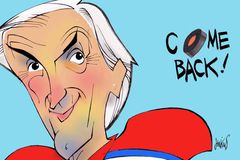