Extreme partisanship is doubtlessly having a corrosive impact on the American way. It pits the people against the people, it stirs anger, malice, despair.

But as polarization reaches unbearable levels there, consider what is happening here. Two developments of great significance, milestones you might say, have come in the past week.

One was the signing of the free-trade accord with Europe. It competes with NAFTA for the honour of our biggest trade deal ever. The second was the creation for the first time since Confederation of an independent Senate, one with a plurality no longer beholden to a political party. Each development owes much to our reversing, by way of non-partisanship, the way of the U.S.

The trade pact with Europe was first hatched by the impressive work of Stephen Harper's Conservatives, then brought to fruition by Justin Trudeau's Liberals. The consensus was such that the current Trade Minister Chrystia Freeland and the former Conservative one, Ed Fast, took to embracing one another in the middle of the Commons floor on Monday. Both parties roared their approval while New Democrats sat silent.

The world has been lining up against free trade. Trade volumes are actually declining as anti-globalization trends sets in, as protectionists on the left and right trigger populist passions.

But with our two big parties on the same page, that kind of craving got little mileage here. The trade pact, which still faces serious ratification hurdles, bucked the global trend. To a degree we're bucking it as well on immigration and refugee outreach where the two parties also tend to find common ground.

While arms reach across the aisle in the Commons, down the hall at the pit of partisanship that is the red chamber the aisle is disappearing. Non-alignment has arrived. Twenty-one new Senate appointments (six of them coming in the next few days) bring the number of independents in the chamber to 44. Conservatives number 40 and there are another 21 who still call themselves Liberals but who have no party caucus status.

Most of the new appointments might best be described as "small l" liberals of accomplished pedigree. That's a far cry from the bagmen and party hacks that both parties traditionally have appointed to the chamber. The other vital improvement sees these senators no longer having to be a bobblehead for the Prime Minister's Office. That's what brought forward so many applicants, 2,700, for the Senate openings.

Much of the past shaming of the chamber, the latest embarrassment being the Senate expenses hornswoggle, has been attributable to the underhandedness brought on by hyper-partisanship. The new, predominantly non-aligned Senate has an opportunity to recast the reputation.

Some detractors say that despite Mr. Trudeau's reform it will still be too partisan. Some say it will have too much independence. The concern that, with members unelected and unattached, it becomes too powerful is the greater cause for concern. The new senators must be relied upon to observe their constitutional responsibilities as they did in ultimately acceding to the government's wishes on the assisted dying bill in June.

Former senators Hugh Segal and Michael Kirby have proposed a smart new plan for a regionally organized Senate, one which would codify restraints on how far the Senate can go in restraining the will of the House of Commons.

With the landmark reform, it is entering uncharted territory. No one can predict how it will work. But with the bar being set so low for so long, progress is a real possibility.

Rabid and relentless partisanship took a heavy toll on the previous government. Its drawing down by the new one serves the country well. The Liberals have far to go, however, before they can boast of having freed themselves of debilitating old political ways.

Exhibit A is their adherence to the cash-for-access system. Having promised in the last election to do better, they stubbornly hold to a practice that even one of their own, former deputy prime minister Sheila Copps, portrays as odious. It's got to go. 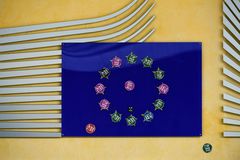 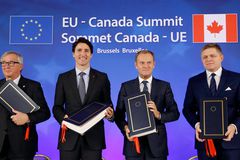 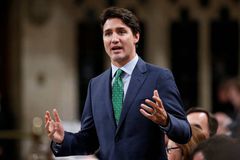 Prime Minister Justin Trudeau appoints six new senators for Ontario
October 31, 2016
Follow us on Twitter @globedebate Opens in a new window
Report an error Editorial code of conduct
Due to technical reasons, we have temporarily removed commenting from our articles. We hope to have this fixed soon. Thank you for your patience. If you are looking to give feedback on our new site, please send it along to feedback@globeandmail.com. If you want to write a letter to the editor, please forward to letters@globeandmail.com.
Comments