The Hon. Frank Iacobucci is Senior Counsel at Torys LLP. This article is based on a recently published discussion paper, which he co-authored with Torys lawyers John Terry, Valerie Helbronner, Michael Fortier and Ryan Lax. The complete paper is available at www.torys.com/fpic

Since the Government of Canada announced two months ago that it will adopt and implement the United Nations Declaration on the Rights of Indigenous Peoples (UNDRIP), there has been much speculation about what it will mean. This discourse is vitally important to Canada, as it has a unique opportunity to reconcile with indigenous peoples. Our hope is that a partnership approach will further this reconciliation.

Canada's response to UNDRIP has been an evolution from voting against it in 2007, to supporting it as "aspirational" in 2010, to now committing to its full implementation.

The government's announcement came in response to one of the 94 "Calls to Action" from the Truth and Reconciliation Commission of Canada. Established as part of the residential schools settlement in 2005, the commission called on governments and others to facilitate reconciliation between indigenous peoples and governments, together with our society more broadly.

Owing to Canada's conduct and treatment of Indigenous peoples over decades, reconciliation is widely and rightly recognized as being necessary.

Prime Minister Justin Trudeau has repeatedly expressed a desire to transform the relationship between the federal government and indigenous peoples. However, to date, how this will occur has only been described conceptually. Ontario Premier Kathleen Wynne and other premiers have expressed similar commitments. This is essential, given the vital role provincial governments often play in matters (such as natural resource projects) affecting indigenous peoples.

These developments have sparked optimism that there will be a historic turning point in the relationship with indigenous peoples in Canada. Assembly of First Nations National Chief Perry Bellegarde recently referred to the 94 Calls to Action and UNDRIP as "our guide to true reconciliation and a brighter future for us all."

But the federal government has not yet specified how the rights set out in UNDRIP will be enshrined into law. Currently, Canada's Constitution protects certain aboriginal and treaty rights. As a result, courts have imposed on governments a duty to consult and, if appropriate, accommodate indigenous peoples when their rights – claimed or established – are potentially affected by such governments' actions.

An important tenet of UNDRIP is the consultation of indigenous peoples "in order to obtain their free, prior and informed consent." Future legislation, government policy and judicial interpretations will determine whether these principles differ significantly from Canada's existing jurisprudence on the duty to consult.

Regardless, the principles of free, prior and informed consent and the existing duty to consult share the same goal: to protect Indigenous peoples, remedy historical disadvantage and provide a foundation for a more respectful and mutually beneficial relationship.

As the recent Federal Court of Appeal's Northern Gateway decision illustrates, aboriginal rights and government action often intersect in the context of natural resource projects in Canada. Given the potential effects on indigenous peoples and Canada's economy associated with such projects, this is obviously an important realm for reconciliation.

While compliance with legal requirements is, of course, necessary, our experience working with indigenous groups, governments, project proponents and others suggests that an approach focused on building relationships and parties' underlying interests from the outset – not positions or strict legal rights – tends to lead to the best results for all. This approach is consistent with, and facilitates, reconciliation, and it can be implemented immediately, without the need to wait for future legislation, policy and jurisprudence.

Building a long-term relationship is key. This requires mutual respect and trust. Over time, the relationship should develop to include elements of good faith, transparency, collaboration and recognition of each other's capacities and constraints. An approach of partnership – in which multiple groups accommodate each other's interests – is often necessary to arrive at a mutually favourable outcome. This approach has culminated in successful projects that enjoy broad support and are economically beneficial to all parties.

In our experience with both indigenous and non-indigenous proponents of projects and other activities, meaningful engagement with affected indigenous peoples is not only required but also desired. Although there is no cookie-cutter model to follow, engagement must be a two-way process involving the mutual sharing of information, on everything from potential project effects to traditional knowledge and interests. Meaningful engagement has both procedural and substantive elements.

Canadian governments may also benefit from adopting the model of partnership, including the manner in which they approach their duty to consult and accommodate. A partnership model may assist governments in identifying opportunities to align the interests of, and bridge gaps between, project proponents and indigenous peoples. It may also, in part, facilitate reconciliation. It is a positive sign that many governments are expressing support for this model.

Last month as part of National Aboriginal Day, many conversations took place across the country on these important issues. The long journey toward reconciliation will require understanding the details of how UNDRIP will be implemented. In the meantime, adopting a model of true partnership by governments, indigenous peoples, businesses and individuals will help advance reconciliation. 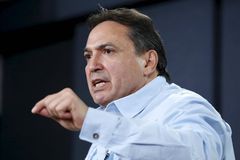 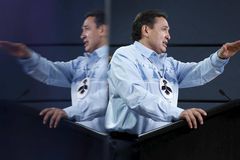