At the risk of my being accused of suffering from Golden Age-ism, today's politicians lack the stature of their predecessors and lead hollowed-out institutions. The decline of Parliament has been well documented and its sidelining continues year after year, unabated. Political parties have become empty vessels on policy and continue to bleed members. Party leaders, together with their favourite pollsters and spin specialists, are left to cobble together political tactics masquerading as policy solutions. Their goal is single-minded: to target a large enough slice of the population to win power, broader public interest be damned.

Our political class is now dominated by career politicians. They start younger and rise to the top a lot faster. For three of New Brunswick's last four premiers, the premiership was an entry-level position. None had gained any meaningful experience in other sectors before ascending to the province's top job.

Contrast that with the quality of Canadian leadership in years past.

Frank McKenna carved out a high-profile and successful career in law before entering politics. Lester Pearson had a distinguished public-service career and won a Nobel Peace Prize before he became prime minister. The 1968 Liberal leadership convention, which selected Pierre Trudeau as leader, also included Mitchell Sharp, Robert Winters and Eric Kierans, all of whom had distinguished business careers. The 1983 Progressive Conservative leadership convention that selected Brian Mulroney included several candidates from outside the political world, including Michael Wilson, who, like Mr. Mulroney, had a successful business career before politics.

Experience outside politics brings a different perspective to governing that can be tested against the advice of career public servants. Career politicians, on the other hand, always "know better" than public servants, since they, too, have made politics and government their life. This and other factors have put public servants on the defensive, which isn't good for them or their institution, or for attracting top talent.

Career politicians move in and out of prominence depending on whether their party is in power. Politics is their only route to prominence, so they will do whatever it takes to win – even embracing ill-conceived policies or initiatives. During one planning session to shape a federal party's electoral platform, some at the table questioned whether several proposals could be properly financed. A sitting member of Parliament dismissed the concern out of hand, saying, "If we have to keep our promises, it means we won." Career politicians leave it to another day, and often to others, to square a circle that may not be squarable.

Career politicians also bring a narrow skill set to their governance. They excel at partisan politics and at surviving the gruelling 24-hour news cycle. But they lack the ability to test policy prescriptions against experiences gained outside politics. If commitments aren't met, career politicians can always blame others (the bureaucracy is an easy target), often bypassing their parliaments or legislative assemblies in the process, since traditional and social media have become the stage where the blame game is played out. This explains why career politicians have redefined the doctrine of ministerial responsibility, always so fundamental to our system of government. Supposedly responsible politicians now routinely blame others when things go wrong.

The proliferation of career politicians goes a long way toward explaining the public's increasing cynicism about our political and administrative institutions. It also explains why those who have achieved distinction in other sectors tend to shun politics, leaving governance to a much narrowed political class. This, at a time when many Canadians are crying out for less partisan posturing, or are giving up on voting.

What is the solution?

We could start by returning parties to the rank and file, by making it easier for non-career politicians to enter the political arena, by decentralizing power so that one does not have to sit in the prime minister's or premier's chair to make a substantial contribution. We also need to retool our public services by peeling away constraints to good management, and by rediscovering the importance of evidence-based policy advice. 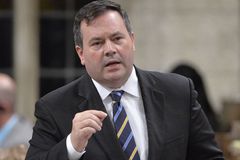