Being re-elected for his third term as Calgary's mayor should have been a cakewalk for Naheed Nenshi. After all, it is rare for an incumbent mayor to be defeated. You have to go back to 1980 when Ralph Klein defeated the incumbent mayor Ross Alger. In addition, Mr. Nenshi was seen as the rock star mayor: famous throughout Canada, winning global awards, having an approval rating in the stratosphere. Yet, yesterday, Mr. Nenshi was narrowly re-elected (by about 7.5 per cent), barely beating off a strong challenge from Bill Smith. What happened?

It was clear that Mr. Nenshi severely underestimated the Smith campaign. It was only mid-way through the campaign, after a poll indicated a large Smith lead, that Mr. Nenshi realized he was in a fight. However, there were indications going back to the spring and summer that Mr. Nenshi was vulnerable to a strong conservative challenger.

First was the downside of Mr. Nenshi's record. This could be summarized into taxes and arrogance. On the taxes side, whether property taxes had increased 51 per cent or 24 per cent (different measurements showed different results), there is no doubt that there was an anti-tax revolt brewing in Calgary. Mr. Smith succinctly laid out the case for Mr. Nenshi's arrogance during a debate hosted by the Calgary Chamber of Commerce. He told the story of a promising employee who, in the end, needed to be fired: "They don't listen to advice, they don't keep their promises, they don't learn from their mistakes, they don't work well with others and they always think they're the smartest person in the room." Critics of Mr. Nenshi would cite his libel lawsuit with home builder Cal Wenzel, his feud with Uber and the public battle over a new hockey arena that pitted him against the Calgary Flames.

The second factor was the substantial downturn in the Calgary economy. When Mr. Nenshi was re-elected in 2013, Calgary was booming with $100-a-barrel oil. Today it is at $50 and it has led to businesses failing and increased unemployment. One of the reasons the tax issue resonated was because of a drop in revenue due to vacancies in the downtown core. This meant that small businesses outside of the core had to pay more to keep the books balanced. Small-business owners, many of whom had previously supported Mr. Nenshi, were now supporting the conservative Mr. Smith. The 2015 provincial and federal elections occurred just as the recession was starting to hit, but by the 2017 civic election, the consequences of that recession were apparent. The public was lashing out and Mr. Nenshi was the first politician in their sights.

The third factor was that this was the first election in decades when the conservatives were not in power provincially or federally. In Mr. Nenshi's previous two elections (2010 and 2013), the conservatives were in power in both Ottawa and Edmonton. This meant that there were conservative candidates, activists, volunteers and donors who (largely for the first time ever) were heavily engaged in a municipal election at both the mayor and ward levels. For example, Mr. Smith was the former president of the Progressive Conservative Association of Alberta. Many members of his campaign team were also part of the 44-year-old PC dynasty. They knew how to raise money, campaign and get out to the vote. In fact, I believe that the 2017 Calgary election was a preview of the 2019 provincial election between the NDP government and the new United Conservative Party. Most NDP members supported Mr. Nenshi and most UCP members supported Mr. Smith.

In the end, Mr. Nenshi did survive. He survived because his base is passionate and came out to support him. He also survived because of the power of incumbency (every incumbent won) and his unsurpassed knowledge of civic issues. Finally, Mr. Nenshi survived because even some critics of his could not bear to vote for Mr. Smith. This is because, to be charitable, Mr. Smith ran on a very policy-lite platform. Mr. Smith's appeal was that he was conservative, he would stop tax increases and he would be collaborative. But really it was a platform of "I'm not Nenshi." Critics wondered what Mr. Smith would actually do if he became mayor.

But it might be a pyrrhic victory. Mr. Nenshi is still mayor, but his brand (locally, nationally and internationally) has been greatly damaged. Not only that, but many of his allies on city council have retired. Therefore, Mr. Nenshi is facing a new, and much more conservative, city council. And, let us not forget, Calgary's economy is still in poor shape. There is no doubt that Mr. Nenshi loves his job. He loves representing Calgary and he loves getting into the policy details on almost every issue. But he may not still love it after the next four years. 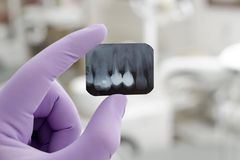 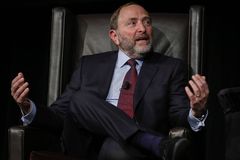 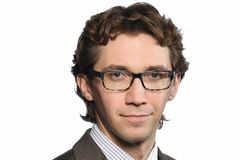