Child psychiatrist Susan Bradley was a pioneer in treating kids with gender-identity disorders. In the 1970s, she founded the child and adolescent gender identity clinic at the Clarke Institute in Toronto, which eventually became part of the Centre for Addiction and Mental Health (CAMH). Back then, the field was virtually unknown. Today, it is Ground Zero in a fierce battle between oldfangled psychiatry and transgender activists who insist that practitioners like Dr. Bradley are guilty of child abuse. Caught in the middle are confused parents, well-meaning schools, and – most important of all – troubled and bewildered kids.

The new rush to turn little Jason into Janey, or Sally into Sam, is generally regarded (in the media, at least) as progress – proof of what a tolerant and progressive society we've become. But what if it's just another fad? What if the radical step of changing genders isn't always the right answer for a child's emotional distress – especially when that child is only 10 or 6, or 3?

"Some of these kids are quite significantly ill," says Dr. Bradley. "They often have serious family problems and anxiety disorders. Or they've had serious trauma. A girl I saw had been raped, and after that she decided she was going to be a male. If you didn't pay attention to the trauma you're not doing that kid a service."

These days, that eminently reasonable view is being challenged by people who believe that children's sexual confusion should automatically be taken at face value. The clinic that Dr. Bradley helped to found – which does, in fact, support gender transition for a sizable minority of its patients – is being pilloried as transphobic. "Is CAMH trying to turn trans kids straight?" screamed a headline in NOW magazine. Under pressure from activists, CAMH has put its gender clinic under six-month review. And a new bill before the Ontario legislature, which is supported by Premier Kathleen Wynne, would explicitly bar the therapeutic approach taken by the clinic, wrongly equating it to the notorious "conversion" therapy that seeks to turn gay people straight.

"The trans lobby has got us on the run," Dr Bradley sighs.

Today the clinic is run by Dr. Kenneth Zucker, one of the world leaders in the field. He has been forbidden to speak with the media. But Dr. Bradley, who, at 75, no longer has a formal relationship with CAMH, is free to speak. She points out that "conversion" therapy, which tries to turn gay people straight, is based on a religious belief that homosexuality is unnatural and contrary to God's will. Instead, CAMH's therapeutic practise is the same as that of other leading gender clinics in Europe and North America. All work with the family and the kids to find the most positive outcome for the child. Often, the gender confusion resolves by adolescence. Sometimes the child turns out to be gay. Sometimes the best answer is transition.

But Dr. Bradley cautions that transition is a radical step – involving surgery and a lifetime regime of hormone therapy – and that the road, under the best of circumstances, is rocky. "The child is going to find himself in a really difficult situation," she points out. "You can argue that it's society that should change. But despite all the in-betweens that are emerging, we are a two-gender society."

These days the media are overflowing with heartwarming stories about happy transgender kids and their happy families. But hundreds of kids have resolved their issue without changing genders. Their families are appalled by the attacks on Dr. Zucker and CAMH.

"They never tried to force my son into something he wasn't," one mother told me. Her son had been a hyper-anxious child since birth. In kindergarten he became obsessed with dressing like a girl. The CAMH therapists determined that anxiety, not gender, was the key issue, and advised the parents to discourage their son's obsession with girls' clothing. Today, he is a well-adjusted young adult with a girlfriend and no interest in women's clothes. The mother, who describes herself as "quite liberal" says she would have supported gender change if that had been the right thing to do.

"My family's experience with Dr. Zucker has been incredibly misrepresented," another mother told me. Her daughter was five when they took her to the gender clinic, and strongly identified as a boy. She once asked if God makes mistakes, "because I should have had a penis." She too was an extremely high-anxiety child. Dr. Zucker advised them that the immediate task was not to remake her into a boy, but to build her confidence and self-esteem. He asked them to dress her in gender-neutral (not boys') clothing, and to encourage her to play with other girls.

"It took us months to find a therapist who wouldn't try to make it all about being transgender," says the mom. "We just wanted to give her space." Today, at 8, their daughter is a happy kid who wears her hair long, says she likes being a girl, and still prefers gender-neutral clothes. "I don't know what's going to happen with her in the next few years," the mother says. "But because of Dr. Zucker she will love herself."

Among the clinic's strongest advocates is a family whose nine-year-old daughter does live as a boy. "P.J. feels male, and he's functioning fine," his mother told me. "He's a great student, a great athlete and a good sibling." (She uses both pronouns to refer to her child.) She says Dr. Zucker never pressured them to feminize him, and that he and the family have his complete support. She's appalled by the attacks on Dr. Zucker.

Under pressure to be politically correct, we have allowed a small but noisy bunch of activists to undermine a caring and first-rate institution, and to turn the problems of emotionally troubled children into an ideological battleground. It's time to stop, before we do more harm.

Sarah Hampson: Society at the transgender tipping point
May 12, 2018 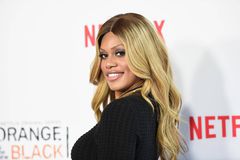 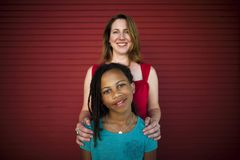 Coming to terms with a transgender parent: one family’s journey
May 15, 2018 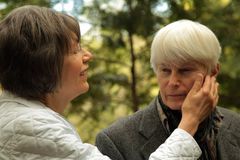 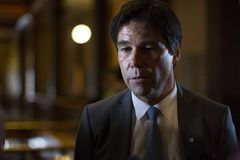