Zheger Hassan is adjunct professor of political science at King's University College in London, Ont., and a fellow with MENARG at the University of Western Ontario

Canada has been providing military support to the Kurdish Peshmerga in northern Iraq since August, 2014 by assisting, training and advising them against the Islamic State. It was no surprise, then, when Canada extended its commitment to include the liberation of Mosul.

Canadian troops are participating in the Mosul operation by providing military and medical support to the Peshmerga as they march towards Mosul. The operation began on Oct. 17, and the Iraqi military is within reach of the city's heart following the capture of more than 20 neighbourhoods around Mosul. The battle to retake Mosul city will be long and drawn out.

Even Iraq's Prime Minister, Haider al-Abadi, conceded that Mosul may not be liberated until the end of the year. Military assistance from Canada will be helpful, but ultimately not critical for retaking Mosul. The military operation will be challenging, but the real battle for Mosul will begin after it is liberated. In order to make a real difference in Iraq, Canada must shift its policy to focus on the political and physical reconstruction of Mosul.

The greatest difficulty Iraqi officials will face will be the task of rebuilding and governing a city that has been under the control of the IS for more than two years. Mosul poses additional challenges to Baghdad due to the city's diverse ethnic and religious makeup of Arabs, Christians, Kurds, Yazidis and other minorities. The post-IS administration of Mosul must take this diversity into consideration.

This is where Canada can make a real difference. What can it do? Canada could contribute in a more meaningful way in Iraq by advising and assisting in the political resolution of post-IS Mosul.

After all, one of the reasons Mosul fell so easily to IS was that its Sunni-majority residents felt disenchanted with and disenfranchised by the Shiite government in Baghdad. IS has deepened its control over Mosul and, significantly, it has embedded itself into the fabric of Mosul's society. The real challenge for Iraq will be to win over the hearts and minds of Mosul's citizens.

Yet Baghdad and the coalition do not have a political strategy for the political reconstruction of Mosul. This presents Canada with an opening to advise and support Iraq and the Kurds in rebuilding Mosul. Its experience with federalism and managing a multiethnic society can provide Iraq with the political tools necessary for governing this religiously and ethnically diverse city. Canada must provide political and diplomatic support to Baghdad and the Kurds as they struggle to deliver basic services to their citizens.

After liberation, Canada should support the Kurds and the central government in Baghdad to install an administration in Mosul that is capable of addressing the citizens' grievances. For instance, the governor and administration of Mosul must come from (and be responsive to) the city rather than being political appointees from Baghdad. The military units responsible for the security of Mosul and its citizens must be Sunnis from Mosul rather than from Shiite Iraq. Such policies will display Baghdad's commitment to winning over the population and to providing the city with security, basic services and effective governance. Ultimately, these are the policies that will prevent Islamic State or another group like it from emerging in Iraq. Canada's policy must include diplomatic and administrative support.

There are several factors, however, that may render it difficult for Canada to make this contribution. Its existing policy ignores two important political factors in Iraq.

First, in the Kurdish region, Canada has, knowingly or unknowingly, taken sides by assisting the Peshmerga of the Kurdistan Democratic Party while ignoring the Patriotic Union of Kurdistan. These long-standing rivals fought a civil war from 1994 to 1998 and have come close to the brink of violence in the recent past.

Second, in bypassing the central government in Baghdad, Canada is also exacerbating tensions between the Kurds and Baghdad. As a result, the transition from a military role for Canada to a diplomatic and administrative one will be challenging and must be pursued carefully and with a better understanding of the politics and divisions in Iraq than it has demonstrated thus far. 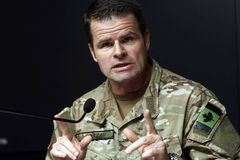