Canada, as a nation of immigrants (many of them recently arrived), is constantly reinventing itself. Part of this is an ongoing effort to reinvent the past, so as to make it fit with a desired present and a hoped-for future. Our current government is doing this, at least in English Canada, around a 1950s ideal of deference to the monarchy and to a military legacy that most Canadians do not know much about.

While this may not be to everyone's taste, there is nothing inherently Conservative in trying to manipulate the past for political purposes. The Liberals spent many years trying to create an image of Canada that revolved around supposedly historic attachments to concepts of multiculturalism and "peacekeeping," both of them frequently misunderstood ideas that had little to do with Canadian history until relatively recently.

It is in this light, then, that we should examine the government's attempts to get us excited about the War of 1812. Battles are to be re-enacted and forts refurbished. All Canadians are encouraged, in the words of the official website, to "take pride in our traditions, and our shared history." And that nice Christopher Plummer is on TV hawking coins for the mint and telling us that 1812 was when "we fought on sea and on land," "we faced relentless American fire and stood our ground" and "Canadians came together as never before to shape our future."

This is harmless enough, although what it has to do with the real history of that war is debatable. The War of 1812 was a small offshoot of the Napoleonic conflicts wracking Europe. It was fought by British soldiers and their native allies (there was no "Canada" at the time, and very few settlers took up arms), and even by the standards of the day, its battles were mostly small and indecisive affairs. Rather than a stirring Canadian victory, it ended when the Americans largely lost interest.

But the real legacy of the War of 1812, government claims aside, is simply that there was never a repeat. Tensions remained, small cross-border incursions took place, and fortifications continued to be built and maintained for another half-century, but the primary lesson both sides drew (and which was slowly reinforced) was not to bother again.

This may sound rather uninspiring – it is difficult to gather a group of colourfully dressed re-enactors to flail around in a field but not actually fight each other – but it probably explains much in terms of the incredible success North America's two northern nations have enjoyed since.

For from the War of 1812, and its aftermath of avoiding another conflict, slowly emerged what might be called the North American regional consensus. It is now largely unspoken; most who live here probably couldn't articulate it if they had to, but it has dominated the lives of both countries, and especially Canada, ever since.

Simply put, the North American regional consensus boils down to a realization that the cost of fighting for any possible treasure on the other side of the border is patently ridiculous when it is simply easier and cheaper to exchange these things by trade; that two quite different systems of government can coexist perfectly well; and (for Canadians) that maintaining stability and security in the northern half of the continent ourselves means that the United States will not feel compelled to do it for us.

We may take all of this for granted, but we shouldn't. It took those sophisticated Europeans another 150 years (and two of the bloodiest wars in history) to figure it out. Most regions of the world still haven't.

Of course, the fact that the British had a growing concern for their own relations with the United States probably had something to do with the lack of fighting after 1814. We tend to forget that, after 1814, the British often sided with the U.S. in various arbitration exercises, when they probably should have acted differently if strictly Canadian interests were uppermost in their minds. The Alaska panhandle is a case in point.

Whatever the reasons, the North American regional consensus is now so deeply ingrained on both sides of the border that anyone who tried to promote the idea of fighting a war over anything would rightly be regarded in both countries as insane. Social scientists refer to such regions as "security communities" – places in the world where the idea of conflict is so remote that societies and individuals have developed, as Karl Deutsch put it many years ago, "dependable expectations of peaceful change."

So there you have it. The real legacy of the War of 1812 is that it helped set the stage for a regional security community. Hardly stirring stuff, but, if you look around the world today, you will quickly realize just how rare a thing ours is. And it is a thing very much worth celebrating.

Perhaps if we renamed it the "Royal Canadian North American Regional Consensus," the Conservatives might get interested in it.

Peter Jones is an associate professor in the Graduate School of Public and International Affairs at the University of Ottawa and a 2012 visiting scholar at the Hoover Institution at Stanford University. 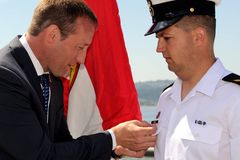 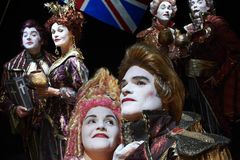