You want to know the real Thomas Mulcair? Easy. Just take the NDP leadership candidate at his word. The man from Quebec has painted a picture of himself over the years that does not lie. But has he painted himself into a corner of the country?

On June 27, 2007, Mr. Mulcair, then a Liberal MNA, was interviewed online by Kady O'Malley for Maclean's. The self-description he offered is interesting now as the government plans cuts in the public service. "Above and beyond anything else, I'm a public administrator and a manager. I chaired Quebec's largest regulatory agency and reduced staff there and brought in management schemes to make things more effective. … When I was minister of the environment, I reduced by 15 per cent the budget of the ministry."

Another statement would be prophetic four years later: "The group that's the most nervous about us right now is the Bloc, because we have a lot of the same values."

Jack Layton and Mr. Mulcair worked together to supplant the Bloc Québécois by appropriating most of its policies. They recognized Quebec's unconditional right to secede on a bare majority vote, they opposed equal rights for English in Quebec, and they opposed the Supreme Court of Canada's recognition of a right to English public schooling after sufficient years of English private schooling.

Interviewed by Alex Castonguay in L'Actualité on May 19, Mr. Mulcair revealed that, in the 1980s, he demanded that Quebec not permit English on road signs: "He insisted that signs along the highways should be in French only, even in the West Island. 'The metropolis must maintain its French face everywhere, that's very important,' he said."

As an MP, he urged restrictions on English in Quebec. On Oct. 6, 2009, he introduced a private member's bill, Act to Amend the Canada Labour Code (French language), that would repudiate the application of the Official Languages Act in Quebec and enforce the predominance of French in all institutions under federal jurisdiction.

Last Oct. 21, he moved a motion for the federal government to cease all spending in Quebec's areas of jurisdiction and to turn over tax points, instead. He called it "co-operative and asymmetrical federalism."

Mr. Mulcair proclaims the nationalist version of history: Pierre Trudeau broke his promise for "change" if Quebeckers voted No in the 1980 referendum. He repeated this in his declaration on Thursday when he officially threw his hat into the NDP ring. So patriating the Constitution meant betraying Quebeckers.

On April 20, 2010, Mr. Mulcair backed a Bloc motion whereby Quebec would retain 25 per cent of all House of Commons seats in perpetuity. Otherwise, Quebec's representation would fall proportionately with its population. "This situation must be corrected, while maintaining the democratic weight of the only province with a francophone majority and the only province whose people have been recognized by this Parliament as forming a nation within Canada."

What about the first nations, recognized in Parliament and the Constitution? Mr. Mulcair went on to portray the Liberals as enemies of Quebec for opposing the Meech Lake and Charlottetown accords. "This attitude on the part of the Trudeau Liberals is very easy to understand. In their view, Canada consists of equal provinces. There are no distinctions, nor any recognition of Quebec as a distinct society, as proposed in the Meech Lake agreement, nor any attempt to keep Quebec's democratic weight at 25 per cent, as proposed in the Charlottetown accord."

In fact, though Mr. Trudeau opposed them, the John Turner Liberals and the Jean Chrétien Liberals eventually supported the Meech Lake and Charlottetown accords.

"According to the Trudeau vision of Canada, the best way for the Liberal Party to stay in power was to constantly kick Quebeckers in the shins, wait for them to react, and then go to the rest of Canada and say, 'Look what whiners they are and how hard to get along with. Lucky that Trudeau and his gang are there to keep them under control.' That was the Liberal way that worked so well in Canada for decades on end."

On his website, you find, in French, the Sept. 28 statement that Mr. Mulcair made in the Commons: "Thirty years ago, the Supreme Court of Canada rendered its decision on patriating the Constitution. …Yet, Quebeckers, now recognized as a nation, are the only Canadians to have had this Constitution forced on them against their will."

Mr. Mulcair is confusing two decisions of the Supreme Court. Sept. 28 was the 30th anniversary of the court's decision on Mr. Trudeau's original intention of patriating the Constitution with support from Ontario and New Brunswick. The court ruled that was legal, but to be legitimate in a conventional sense required a consensus of the provinces.

So Mr. Trudeau convened the first ministers and won the support of nine premiers. And the Supreme Court ruled on Dec. 6, 1982: "The Constitution Act, 1982 is now in force. Its legality is neither challenged nor assailable."

A CROP opinion poll published last Thursday indicated that 80 per cent of Quebeckers believe the patriation of the Constitution was a good thing. But Mr. Mulcair prefers reading history through the eyes of the Bloc Québécois.

William Johnson is an author and former president of Alliance Quebec. 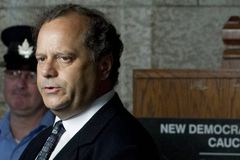 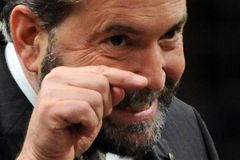