Aurel Braun is a professor of International Relations and Political Science at the University of Toronto and a Center Associate for the Davis Center, Harvard University. His forthcoming book is Russia, the West and Arctic Security.

Standing in front of giant screens at the Manezh hall on Thursday, Russian President Vladimir Putin was firmly in control of the vast spectacle. His pre-election message to the people of Russia and the world was that Russian military forces were invincible and the country was invulnerable.

For a President who wouldn't deign to debate lesser people, such as the other candidates running for the office in the March 18 presidential elections, Mr. Putin portrayed himself as above politics, the indispensable leader that Russia is fortunate to have.

Naturally, Mr. Putin put all of his policies in the best possible light. The country is doing extremely well, he claimed, and demanded international respect. After accusing the West of ignoring Russia, Mr. Putin, standing in front of spectacular videos and colourful graphics in the impressive hall, thundered: "Nobody listened to us. Well, listen to us now."

Combining a sense of grievance and triumph, Mr. Putin showed off current and future advanced Russian weapons. His emphasis was on the nuclear forces, for it is here indeed, and only here, that Russia can claim superpower status. Stressing nuclear weapons, however, is not new. It is a central part of Russian strategy, and Mr. Putin has placed great emphasis on this for years. It is very much part of the Russian national defence strategy.

In part, the weapons he highlighted made clear what has been known already: namely that anti-ballistic missile (ABM) systems would not be able to defeat a Russian nuclear offensive. In fact, Western systems are not designed to counter the massive Russian nuclear offensive capacity. What Mr. Putin, however, was accentuating here were claims of major breakthroughs in Russian missile technology, as well as the development of hypersonic weapons, including a nuclear-powered cruise missile and a nuclear-powered underwater drone. The technology is indeed impressive, even if some of it is only at an early stage of development.

The reality, however, is that Russia has in place a 10-year, US$700-billion military program, and while the last U.S. administration did relatively little to modernize the American nuclear arsenal, Russia has moved rapidly forward.

Unfortunately for Russia, this advantage is dissipating. The United States is not only beginning to significantly increase military expenditures, but there is a new emphasis on renewing and strengthening American nuclear forces, as well as enhancing anti-ballistic missile defences in Europe. Further, growing NATO defence expenditures (as Washington has ratcheted up the pressure toward allies to meet the 2 per cent of GDP defence expenditure goal for 2024 that was set at the Wales NATO conference), is very much a concern for the Russians.

Mr. Putin's message then was that U.S. and NATO changes in defence expenditures or in strategic focus do not weaken Russia's determination or capabilities. In that sense, the spectacle at the Manezh was meant both as reassurance and as deterrence: reassurance for the Russian people that Mr. Putin is keeping them safe against all external threats – that he has taken great care of the country's well-being – and that only he can do so; in terms of the West, the message is blunt – "You may sanction us, you may try to disrespect us, but you are underestimating us."

Yet, the long-term picture is hardly a rosy one for Russia. Mr. Putin's promise on Thursday that he will grow Russia's economy by 150 per cent in the next six years is likely a pipe dream. The economy may have stabilized, but it remains utterly corrupt, internationally uncompetitive and largely stagnant. The government's own statistics indicate that real incomes have fallen for the past four years.

Given that Russia's GDP is but a small fraction of that of the E.U. or the U.S., the gap between Moscow's international ambitions and domestic capacity is only likely to grow. Moreover, Russia's aggressive foreign policy has alarmed even the most forthcoming NATO members, such as those in Scandinavia, which are now beginning to significantly increase their capabilities and NATO collaboration. As such, Russian disadvantages are going to grow.

Mr. Putin, who undoubtedly will win the March 18 election, may be a political wizard. But the long-suffering Russian people are not better off. His grand spectacles and international posturing cannot forever compensate for grave domestic shortcomings and the failure of Russia to truly join the modern world. At some point, the Russian people are bound to look behind the screens and they will find Mr. Putin to be a much smaller man than he claims. 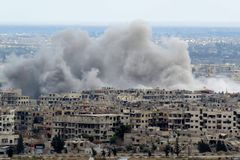 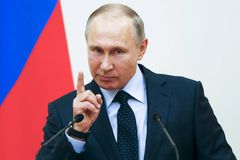 Opinion
Why Xi Jinping’s cult of personality is more dangerous than it looks
March 2, 2018 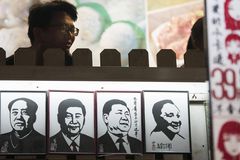