On Oct. 7, Duncan Hunter, a Republican congressman from California, told Fox News: "I know that at least 10 ISIS fighters have been caught coming across the Mexican border in Texas."

Mr. Hunter's claim was so demonstrably false it earned him a "pants on fire" designation from PolitiFact. Not that the truth mattered. Ebola, the Islamic State and insecure borders are America's new triple threat. A few scaremongers have even warned of Islamic State militants crossing the border to spread Ebola.

Amid the hysteria, it was inevitable that conspiracy theorists would look north after the attacks in Ottawa and Quebec by two radicalized lone wolves.

What is clear is that Mr. Doer will likely spend the coming weeks doing damage control in order to prevent a repeat of the "thickening" of the Canada-U.S. border that occurred after the 2001 terrorist attacks. It was in reaction to 9/11 that the United States first required Canadians to present a valid passport when crossing the border by air, or an enhanced driver's licence by land or water.

We're still paying the price. The Fraser Institute has asserted that post-9/11 security enhancements cost the Canadian economy more than $19-billion in 2010 alone, about 1.5 per cent of gross domestic product, as tougher security reduced the flow of goods and people across the border.

The Beyond the Border initiative launched by Prime Minister Stephen Harper and President Barack Obama in 2011 was meant to remove the irritants. Despite delays, there's been modest progress, but it's never been a priority for Mr. Obama's administration. It may now become a casualty of domestic U.S. politics, since Congress borders on obsessive when it comes to matters of security.

Even before last week's attacks, there were rumblings on Capitol Hill. After Mr. Obama authorized U.S. air strikes on Islamic State targets in Iraq and Syria last month, Arizona Republican Senator John McCain said it wasn't enough. "There is great concern that our southern border, and our northern border, is porous and that they will be coming across," he said.

James O'Keefe, a well-known right-wing agitator, posted a video on YouTube purporting to show how easy it would be for an ISIS terrorist wielding Ebola to cross Lake Erie undetected from Canada and dock in Cleveland. (This was after he waded across the Rio Grande dressed as Osama bin Laden.)

Even worse for Canada was an Oct. 16 report in Politico, the agenda-setting Beltway magazine. Titled "Fear Canada," it cited unnamed intelligence and Homeland Security officials who voiced concerns about Islamic State fighters entering the U.S. through Canada.

"There's only one U.S. land border where federal agents have ever stopped jihadist terrorists," journalist Garrett Graff wrote. "Hint: It's not the Mexican one." He was referring to the so-called "millennium bomber" Ahmed Ressam, who was intercepted at the Canada-U.S. border in 1999.

The stubborn myth that some of the 9/11 bombers crossed into the United States from Canada finally appears dead and buried. But the Politico report said there have been several "potential" attempts by terrorists to enter the U.S. through Canada that were thwarted, but the details "remain classified."

"We don't catch that many people sneaking across from Canada, but those we do are much more interesting," a senior U.S. Customs and Border Protection official told Mr. Garrett. "Everyone knows of the nexus of terrorism to Canada, but the administration doesn't want to say that because it'd affect trade and commerce."

U.S. Secretary of State John Kerry's meeting with Foreign Affairs Minister John Baird this week in Ottawa appears, in part, aimed at avoiding the kind of unilateral U.S. security measures that sideswipe us. But Congress can always find creative ways to blame Canada. 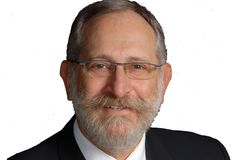