An affluent friend once said he didn't mind paying a lot in taxes because it reminded him of how well he was doing.

That remark came to mind this week when Statistics Canada published a short study on Canada's top 1 per cent of income earners. Predictably, the report set off a flurry of commentary, mostly to the effect that the rich are getting richer and the poorer are getting poorer. To which the answer is yes, no and it depends, making life hell for headline writers.

Remember, we're talking about relative shares. The poor can be doing slightly better, but if the richest are doing way better, the relative gap widens.

Share of total income is one measurement, but what about share of taxes paid? The tax and social transfer system is supposed to redistribute money, and it does. Those 1 per cent of earners contribute 21.2 per cent of all taxes.

So what's a "fair share"? The answer is there's no consensus answer.

Say a government decided to raise taxes on the top 1 per cent. That would be a popular move among those who don't believe that the very rich pay their fair share. The surprising fact – to them – is that the amount of money raised by such a move would be small relative to total tax revenues and certainly against all the schemes that advocates of higher taxes want to finance.

Check out the United States, which is a much more unequal society in terms of income distribution than Canada or continental Europe. President Barack Obama's package, negotiated with Congress, raises taxes on those making more than $400,000. The amount these taxes will raise is a drop in the fiscal bucket compared with what the country needs to close its yawning fiscal gap.

The hard political fact remains that, to raise a lot of money through personal income taxes, a government has to start raising taxes much further down the income ladder. And it's by looking at this entire ladder, rather than at the top 1 per cent, that a clearer picture of income inequality emerges.

By this standard of the entire ladder, the picture emerges of Canada becoming a somewhat more unequal society. Yes, the top 1 per cent have done better since the early 1990s, but so have the entire top fifth of income earners. Their share of national income rose from 1993 to 2008, according to a study by the Conference Board of Canada.

The top fifth took home 39 per cent of total income in 2008, compared with 35 per cent in the 1980s. This trend is partly about the nature of work that increasingly rewards those with specialized skills in high demand. The trend is also about financial speculation, globalization that shifts good-paying jobs, and government programs that don't quite blunt inequality as they did a few decades ago.

Some of the most unequal countries are the emerging economic powers: China, India and Brazil. Canada's inequality, measured by the Gini coefficient, is worse than in the Scandinavian countries but close to that of Germany and Australia.

Canada, without perhaps being conscious of the fact, spends a huge amount of time and money on equality and fairness. We slosh billions around the country in equalization payments, such that even Ontario is receiving them. We hear constantly about equality of women, race and aboriginal rights. The Constitution contains an "equality rights" section.

Income inequality doesn't get this kind of attention. Focusing on the top 1 per cent, who earn 10 per cent of income but provide 20 per cent of tax revenues, obscures as much as it reveals.

Opinion
Statscan’s been gazing at the poor for decades, so why not the rich?
January 30, 2013 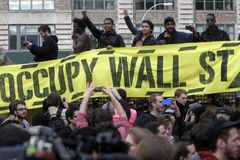 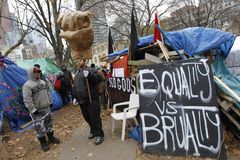