Canada's three largest cities share a problem: Neither their transit nor road systems can cope. But not one has had governments with the will to act.

Toronto, Montreal and Vancouver don't lack for plans. They just lack political structures – and political leaders – that can make decisions. And they lack a public consensus on the need for action.

Everybody moans about the problems: traffic gridlock, lost productivity, decaying infrastructure. Solutions, however, remain on paper. A lot of people know better transportation infrastructure will cost money, lots of money, but they prefer that someone else foot the bill.

Recently, Metro Vancouver mayors presented a $7.5-billion plan to the provincial government, which had asked them for their best ideas. All concurred in the plan – a rather remarkable development – save for the mayor of Burnaby.

The elements of a comprehensive plan were all there: extension of light rail in Surrey, a subway along the Broadway corridor, a new Pattullo Bridge, new bus services, more Sea Bus service and upgrades to the existing three rapid-transit lines (the Expo, the Canada and the Millennium lines).

How to pay? Use $250-million of yearly revenues from B.C.'s carbon tax, said the mayors. Immediately, Premier Christy Clark's government in Victoria shot down the idea, since carbon tax money by law goes to lowering corporate and personal taxes. Fine, except where else is the money to come from?

Where else, indeed, is the question for Toronto and Montreal (and smaller cities). Toronto, as everyone who lives there knows, leads North America in both transit plans and lack of action. Montreal, under the former mayor Gérald Tremblay, unveiled a massive, long-term plan that died in Quebec City.

Now, arguments rage over how to pay for the long-overdue replacement for the Champlain Bridge, a federal structure. (The bridge has been Montreal's equivalent to Toronto's Gardiner Expressway: always in need of repair.)

The Harper government insists tolls be placed on the new bridge to help defray the cost. The mayor of Montreal, the provincial government, the South-Shore mayors and, of course, commuters all scream against tolls. They insist that Ottawa is responsible for the bridge so Ottawa should pay up.

Cities and provinces would love Ottawa to turn over sizable amounts of cash. Sometimes Ottawa acts. The Harper government, with former finance minister Jim Flaherty in the lead, pledged money for a subway extension to Scarborough to run through seats it would like to win, even though that extension makes less sense than light rail. The Conservatives' great buddy, Rob Ford, favoured the subway, so that might have influenced their decision. Mr. Ford's popularity has imploded somewhat since the Harperites embraced his idea.

One-off is how Ottawa tends to deal with urban transportation issues, without any clear idea of a coherent strategy. As in: Should we support urban transit, links to airports (as Ottawa did in Vancouver), upgraded train facilities (as in Toronto), subways or surface transit? Ottawa is a large landowner in each city. How should its lands be integrated into transportation planning decisions?

Two other reasons explain lack of action. Many residents are car-drivers. They don't use public transit and do not wish to pay for improvements through higher taxes, or dedicated taxes such as tolls. They might favour better roads, as long as money does not come from their pockets.

A generalized aversion exists to paying more for anything, the idea being that everything can be financed by eliminating waste in government. This fallacious idea has been so extensively propagated by certain politicians and media voices that it has taken on a political reality where none exists in fact.

In B.C., the Clark government opposes any tax increase. The new Couillard government says Quebeckers already pay too much. Premier Kathleen Wynne is set to raise taxes on Ontarians earning more than $150,000, but that new revenue will barely pave a few roads.

Those who use new facilities should contribute to paying for them. So should all residents because improvements will make life better for all. Explaining and implementing this truth has proven as yet impossible in the country's three largest cities.

So much for mature discussion on how to pay for Toronto’s transit needs
June 17, 2014 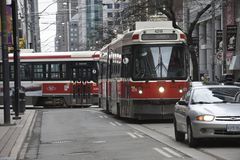 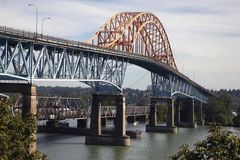