Monday marks the 250th anniversary of the Royal Proclamation of King George III, issued at the conclusion of the Seven Years War. It's important to mark historical milestones, as we did with the War of 1812. But the Royal Proclamation is in fact more relevant and essential to our relationship today and our shared future tomorrow.

First Nations are mindful in commemorating this anniversary of both its colonial context as well as the Treaty of Niagara entered into the following year. Taken together, these events, no doubt driven by economic and military imperatives of the time, reflect Crown recognition of indigenous nations and their rights and jurisdictions as necessary for peace and for development. They establish a clear relationship between First Nations and the Crown (now Canada) and a protocol for Treaty making between both parties where lands and resources were to be shared. This set the foundation for subsequent Treaties based on a nation-to-nation relationship grounded in mutual respect, mutual recognition and partnership.

But these principles have been denied for too long, usurped by federal laws and policies that are paternalistic at best and assimilationist at worst. The results are clear and completely unacceptable in a first-world country: too many First Nations children languish in poverty and poor health, surrounded by the riches of their traditional territories.

Canada suffers too. The cost of doing nothing is catastrophic: billions of dollars in social expenditures and billions more in lost opportunity. We are the youngest and fastest growing part of the population. Canada is in danger of forsaking its future.

The moral and demographic imperative is tied to an economic imperative. Canada proposes $650-billion of resource development in the coming years, all involving First Nations lands and traditional territories. From pipelines in the west to the Ring of Fire in Ontario and beyond, it's clear that none of this will proceed without First Nations consent. Had we held to our original principles, this could be a moment of convergence. Instead, we risk collision.

We need a robust agenda of change. Now is the era of action. The principles set out 250 years ago and the promises in the Treaties must be our guide. With Parliament set to begin a new session, we set out the priorities that will lift us up and carry the country forward.

First, we must resolve the longstanding issues of First Nations control over our lands and our lives. This means working together to bring life and honour to the Treaties where they exist and, where they do not, creating together a new, fair and just approach to modern Treaty making and land claims resolution. This is about completing our unfinished business, honouring the promises we made to one another and upholding our ongoing obligations as fellow travellers in this land.

Another priority is First Nations control of First Nations education. Education, once used as a weapon to sever our children from their cultures, can now be forged into the instrument that unleashes our full potential. This will not happen through unilateral imposed approaches from on high. It can and must happen by achieving three clear elements of reform: First Nation controlled systems; fair, stable funding and full respect for our languages and cultures.

And we place a priority on security for our people, especially our most vulnerable. We need safe and secure communities and action to end the tragedy of missing and murdered Indigenous women. On Oct. 4, I stood in solemn ceremony on Parliament Hill for the Sisters in Spirit Vigil – standing with thousands more across the country – calling for a national inquiry and immediate supports for shelters and friendship centres so that mothers and daughters in their darkest hours are able to access that most essential area: a safe place.

These are the issues that for too long have been dismissed as "too difficult." But we cannot ignore hard work simply because it's not easy. Our ancestors did it. We can, and must. The stakes have never been higher. Our future is in the balance. The Royal Proclamation still matters because the principles it articulates, principles that led to the Treaties and recognition and founding of this country, are alive and must be implemented.

After 250 years, there is every reason to say: now is the time. 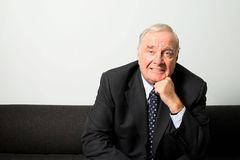 Opinion
Wake up to the aboriginal comeback
August 9, 2013 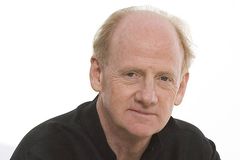 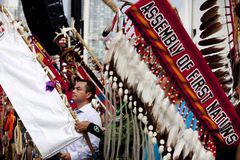