There seems to be a fascination with strategic voting. From the hip vibe of some self-help websites, you would think voting has become an exercise in data analytics. Riding by riding, you are promised a rational calculation that cuts through the complexity of voters and candidates, party platforms and policy issues, offering a sophisticated strategy for casting your vote.

And to think it used to be as simple as showing up on election day. I doubt my grandfather (or yours) took a slide rule or a calculator into the voting booth. It wasn't because they didn't know better or didn't understand the system. They had seen the fight for the right to vote up close; no one was going to tell them how to vote by doing the math.

Social scientists who study voting behaviour have long tried to distinguish between "sincere" and "strategic" voting. There is evidence that some people could act "rationally" by attempting to maximize the "utility" of their vote rather than basing choice on true preference. But few people do this in real life. In Canada, for example, André Blais and his colleagues have shown there is relatively little strategic voting at play, despite the media obsession with the horse race.

There are plenty of reasons for this, but two things stand out. First, most voters actually have a preference, one they find difficult to abandon especially if that involves supporting candidates or parties they dislike. Voting while holding one's nose is something most people just do not do. Second, successful strategic voting is more difficult than it seems. It takes a considerable understanding of institutional rules and procedures, advanced computational skills, and the ability to contextualize many different factors.

Can these new strategic voting websites help voters overcome these difficulties? It's unlikely. Like the marketers who promise the road to riches through gaming the system, these are basically shots in the dark. The complexity of how voting behaviour plays out, the myriad facets of what affects cognitive calculation and emotional preferences, the unfathomable details of what happens in a campaign – all point to why the science of strategic voting is not as sound as it seems.

If voting were a simple market exercise, it might not matter: Study the odds, gamble and then win, or not. But voting is not an ordinary commodity. It is the expression of voter choice in a democracy. It involves citizen responsibility and the conviction that the expression of preference matters. Playing a game through an application on your computer or phone is not going to tap into those essential elements.

Worse still is that these strategies sound a lot like the gurus who claim a licence to longevity through miracle drugs: By imbibing the magic potion of strategic voting, your preferences will be produced, your prayers answered. If that's the way it works, then voting has become an opiate rather than an opinion.

Democracy involves an electoral process, not just an outcome, and that involves parties, candidates and voters. All this takes substantial time and energy, a willingness to participate and a purposeful engagement.

The promise of strategic voting is, in the end, a siren song. People who show up at the ballot box are overwhelmingly those who vote by conviction rather than calculation. We should be doing more to understand, elucidate and contribute to how these opinions are formed – by issues, agendas, ideas – rather than obsessing over the numbers in a futile attempt to play the strategic voting game. 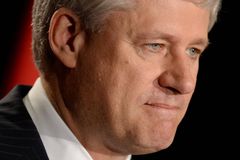 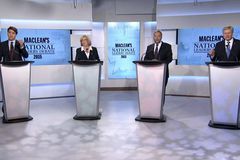