Perhaps no other sport is pursued as religiously as sumo wrestling. Before a match, referees (who double as Shinto priests) purify the seaweed, salt and sake. Wrestlers wash their faces, mouths and armpits before entering the dohyo (ring), on whose sacred sand neither shoes nor women may tread. Before a match starts, the two contestants raise their hands to show they are not hiding weapons in the folds of their loincloth-like belt.

The elders of the Japan Sumo Association, the retired wrestlers who govern the sport, see themselves less as administrators than as guardians of a holy tradition. They promote wrestlers to the highest ranks not just on brute merit but according to how much hinkaku (dignity) they are judged to possess.

Tokyo police recently raided some 30 sites, including a major sumo "stable," or training centre. This action was taken in an effort to seize evidence about the nexus between sumo wrestling and the Yakuza, Japan's Mafia-like organized-crime groups that date from the 17th century.

The police have not yet referred anyone to prosecutors. But the incessant, extended media coverage of the investigation suggests that police have leaked information to journalists, a routine but legally dubious means of gaining public support.

Gambling is illegal in Japan, except for some limited public forms, such as horse racing, bicycle racing and lotteries. Police usually overlook private gambling that doesn't threaten public peace and order. Indeed, there is a long tradition of retired police officers "parachuting" into lucrative posts in pachinko, the de facto gambling industry, and, to a lesser extent, across the public gambling sectors. These links raise the question of the real objective of the police, a bureaucratic behemoth, in their investigation of the sumo circle.

Sumo evolved over many centuries as a peripatetic form of public entertainment in which the wrestlers, trainers and promoters depended on local gangs to secure facilities and an audience, including selling the tickets. This cozy relationship was supposedly dissolved when the traditional sumo circle was modernized, becoming today's Japan Sumo Association. But a significant part of its revenue still comes from ticket sales, despite the big fees that NHK, Japan's public television, pays for broadcast rights.

Sumo, as a traditional spectacle, can't survive without respectable patrons. But Japan's wealthiest people, such as entrepreneurs, doctors and lawyers, are now less willing or financially able to continue patronizing the sport, particularly since the collapse of Japan's asset bubble in the early 1990s.

Instead, these respectable supporters have gradually been replaced over the years by a shady new class of rich Japanese, who have risen through loan-sharking and other dubious businesses. As a result, some sumo stables have become associated in one way or another with people running front companies for Yakuza organizations.

The Yakuza's grip on the sumo circle is important, because its traditional way of life is fraying. In the 1950s, Japanese ministers and industrialists sometimes relied on nationalist elements of Yakuza groups to quash unions and socialists. The gangs then upheld classic Japanese virtues of manliness and loyalty - and paid for mistakes by slicing off one of their fingers in atonement.

But Japan's long-floundering economy has eaten revenue from traditional activities that required muscle, such as gambling, prostitution and loan-sharking. For example, "land-sharking" - the practice of coercing landowners to sell their land and then flipping it for huge profits - is no longer as lucrative, because land prices have been flat for years.

To compensate, Yakuza groups plunged into financial fraud, stock manipulation and cybercrime, giving rise to a new generation of gangsters more interested in business than blackmail. For instance, Yamaguchi-gumi, the largest Yakuza organization in Japan, boasts roughly 36,000 members and associate members, constituting less than half of the total Yakuza gangsters in Japan, and is estimated to haul in as much as $21-billion annually. The organization has hundreds of subsidiary organs across the country and nationwide networks.

Police zeal has imprisoned many Yakuza leaders. The sixth godfather of Yamaguchi-gumi is now in prison until 2011. Once he's released, it's anticipated that he will direct a major drive to revitalize his organization through both its traditional and new illegal activities. Some analysts suspect that the sumo circle has provided some of the best match tickets to Yakuza leaders, who, as matches were shown on TV, sent signals to the godfather that they remain loyal to him.

So it's likely that next year will see a showdown between the police and the Yamaguchi-gumi. The sumo gambling scandal may just be a prelude to it.

Masahiro Matsumura is a professor of international politics at Momoyama Gakuin University in Osaka. 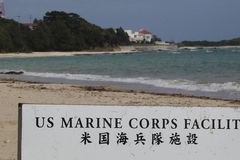 Opinion
Japanese democracy, reborn
August 31, 2009
Follow us on Twitter @globedebate Opens in a new window
Report an error
Due to technical reasons, we have temporarily removed commenting from our articles. We hope to have this fixed soon. Thank you for your patience. If you are looking to give feedback on our new site, please send it along to feedback@globeandmail.com. If you want to write a letter to the editor, please forward to letters@globeandmail.com.
Comments