Gordon Stringer could have done nothing but grieve, and you'd understand perfectly well.

Eric Lindros could have sat around counting his money, believing he owed nothing more to the sports world after the way his NHL career ended, and you'd figure that was his prerogative.

Lisa MacLeod could have just gone through the motions as an opposition politician, as she struggled with mental illness, and you'd cut her some slack.

But sometimes, people in situations the rest of us might struggle to grasp behave the way we'd like to think we would, if it were us. And after they dig deep, it's up to others to build on their work, rather than squander it.

Such is the situation in which MPPs will find themselves after Ontario's Legislature resumes in February, before a spring election. They will have the opportunity to make sports safer for kids by passing Rowan's Law – legislation named after the 17-year-old daughter Mr. Stringer lost to rugby injuries, which would not have gotten this far if not for he and Ms. MacLeod and Mr. Lindros, among others.

Introduced by Kathleen Wynne's government before Christmas, the bill would put Ontario ahead of other provinces in responding to emerging science around concussions. It includes protocol for the removal and return to sport of young athletes suspected to have concussions, which might have saved the life of Rowan Stringer, who died in 2013 after multiple brain injuries in a short span. So, too, might the bill's annual "Rowan's Law Day" and other awareness provisions meant to encourage safe play and self-reporting of symptoms.

There is no good reason the bill, which has cross-partisan support, shouldn't come into law swiftly – in time for the first Rowan's Law Day next school year. But vague assurance by the Government House Leader's office that it will be treated as "priority legislation" offers no guarantee of quick passage. Not when parties are liable to be more preoccupied with precampaign jockeying than working collaboratively.

But there would be no excuse for letting this bill die and be resurrected only after the election. If legislators need to remind themselves why, they can consider how little this effort requires of them compared with those who pushed it to this point.

That includes all members – doctors, coaching officials, Olympians – of an advisory committee tasked with helping shape the legislation. But it applies in particular to the unlikely trio that in its advocacy formed a highly effective bond.

"Maybe we all just found each other at the right time," Ms. MacLeod said recently, reflecting on what she called "one of the most incredible experiences of my life." It began with Gordon Stringer and his wife, Kathleen, and their response to a coroner's inquest into their daughter's death that Mr. Stringer has acknowledged they initially greeted with some trepidation.

To watch him fighting tears at the government's news conference unveiling the new bill was to see how raw the pain still is. But Rowan's Law would not have gotten where it did if the Stringers had not felt compelled to ensure that the inquest's 49 recommendations were put into action.

That brought them to the office of their Ottawa-area MPP, Ms. MacLeod. The Stringers could not have been aware, because the veteran Progressive Conservative only later made it known, that she was suffering from clinical depression. Previously one of the province's most boisterous and ambitious MPPs, she was considering dropping out of politics.

Instead, Ms. MacLeod found renewed purpose when the Stringers walked through her door. She threw herself into concussion policy in a way that may have surprised those who knew her as a fierce partisan: enlisting a Liberal and a New Democrat as co-sponsors of legislation calling for the establishment of the committee to craft recommendations based on the inquest's findings, helping Mr. Stringer and others raise the issue's profile publicly, working co-operatively with government ministers behind the scenes.

Along the way, Ms. MacLeod coached a charity hockey game in which Mr. Lindros was on her team. Although now in the Hall of Fame, the former star spent years stewing, after his career was cut short by a series of concussions and he was unfairly labelled soft by much of the NHL's establishment.

By the time Ms. MacLeod encountered him, Mr. Lindros's outlook had improved and he was already throwing himself into concussion-related causes, and when she asked him that night if he would participate in the Rowan's Law push, it did not take him long to agree.

Once Mr. Lindros was on the advisory committee (as was Mr. Stringer), Ms. MacLeod was among those surprised by how he took on a role far beyond celebrity spokesperson. "I really watched him turn into a leader – not just a hockey leader, but a leader," she said. By her account, it's unlikely the legislation stemming from the committee's recommendations would have been introduced without him.

In an interview, Mr. Lindros did not claim such credit. But talking about how he enjoyed learning the legislative process, he hinted at something Ms. MacLeod said more explicitly – that he was unafraid to throw his weight around to help hurry the government into introducing the bill before MPPs went home for the holidays.

"We worked hard at it and I just don't want to see it pushed aside," Mr. Lindros said of the committee's recommendations. "Because I'm not going anywhere."

He laughed as he said that last bit, but his tone was otherwise urgent. And urgency, really, has fuelled this group's work from the outset; it was the impetus, by Mr. Lindros's account, to craft recommendations that aimed high, but were practical enough to avoid giving the government pause.

Sooner or later, Ontario will pass this law, or something like it; most provinces will. But every month it doesn't will be another in which more children and their coaches lack awareness, training or protocol to protect them.

Not everyone will feel that urgency as strongly as Mr. Stringer, Ms. MacLeod, or Mr. Lindros. But they don't need to. A few hours on the legislative calendar, this winter, would be enough. 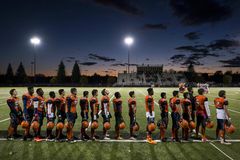 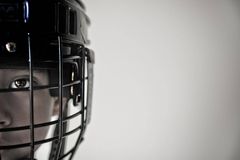 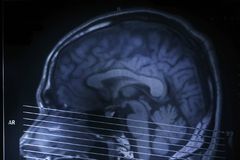