I will admit that I was very nearly put off by the blurbs on the back of A Path Appears: Transforming Lives, Creating Opportunity. I'm sure I was meant to snap up Sheryl WuDunn and Nicholas Kristof's new book once I saw who else loved it: Bill Clinton ("an important reminder that just because we can't do everything doesn't mean we shouldn't do something"), Bono ("they write, we read, and our worldview is not the same"), Angelina Jolie, Jimmy Carter, Bill and Melinda Gates, and Anne Rice. Yes, that Anne Rice.

It just seemed too large a slice of good-for-you pie. Besides, where was the Dalai Lama? Doesn't he blurb these days? When I put this question to Ms. WuDunn, she deadpanned, "We couldn't get the Dalai Lama." Okay, so her sense of humour makes me realize I'm being uncharitable toward her book, and that makes me feel like a complete heel, since it's all about the transformative power of giving.

This is the fourth book Ms. WuDunn, who raises capital for social ventures by day, has written with her husband, the noted New York Times columnist. Like the others, it will almost certainly be a bestseller. A Path Appears is certainly uplifting, as it profiles a lengthy stream of do-gooders, most of whom are ordinary and dogged, and hardly ready for halos. The dozens of mini-profiles are a useful antidote to the idea that "slacktivism" – hoping to promote change while never leaving your desk – is the prevailing ethic of the age.

"Giving" is broadly defined by the authors to include time, money and expertise. The soldiers of change Ms. WuDunn and Mr. Kristof uncover are young and old, from rich countries and poor ones, and they perform their charity, for the most part, in the least glamorous corners – inventing menstrual pads for impoverished girls in the developing world, or working to eradicate eye disease, or building libraries, or mediating gang fights on Chicago's streets.

They do it for others but also for themselves. "Giving is actually a selfish thing to do," Ms. WuDunn said in an interview in Toronto this week, "because it's good for your health, it's good for your happiness and it lends meaning to your life." She points out that charitable acts stimulate the same part of the brain, and offer the same rush, as falling in love or eating candy.

Somebody should tell the rich. As Ms. WuDunn points out, and figures released last week confirm, that wealthy Americans actually give less of their income, as a percentage, than the poor and middle class do. She thinks this is because life has become increasingly insular for the rich – they isolate themselves in luxurious pockets, rarely encountering true hardship. "I think it's a case of out of sight, out of mind," she says.

(This doesn't hold true in Canada: People making more than $120,000 a year give as generously, or more so, than the less well-off.)

Interestingly, the authors argue against setting up new charities. There are too many social enterprises already, "most of them tiny, inefficient and inconsequential." It is perhaps a result of everyone-gets-a-prize culture, but many well-meaning people want to see their own names on the letterhead rather than pitching in with the veterans of the aid world. "Starting something yourself seems dynamic and heroic," they write, "a view that fades when you've caught malaria or been mugged by the people you're trying to help."

Instead, Ms. WuDunn recommends picking an established charity in a field that interests you, researching its aims and outcomes, and volunteering or donating money. Perhaps because she was a New York Times business reporter and now works in finance, she's big on "effective altruism" – that is, placing your money with an outfit that can demonstrate significant, measurable changes in its field.

Or you can just do what the three WuDunn-Kristof kids did, and buy someone you love a rat. A "HeroRAT," to be specific. For Father's Day one year, the teenagers pitched in to buy Mr. Kristof a gift: They gave money to a Belgian charity that trains 2 1/2-foot-long African pouched rats to sniff out land mines in Mozambique and Angola. In 20 minutes, the rats can clear as much territory as a person can in two days. Dad gets a present, a rat gets a job and land mines are removed: That's the power of giving.

How this power couple is rewriting the global script for women's rights
May 11, 2018 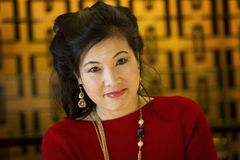 Opinion
Are we still that compassionate Canada?
May 12, 2018 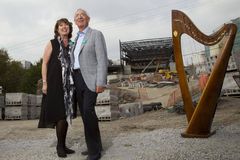