Where's Canada gone? It's a question foreign diplomats posted to Ottawa ask, privately and quietly of course. And it's a good question, because the current government in Ottawa has distanced Canada somewhat from its traditional allies.

Whereas Canada some decades ago practised what was called "quiet diplomacy," which had its strengths and weaknesses, today the federal government prefers "bullhorn diplomacy," regardless of what traditional allies think or are doing.

This new diplomacy is supposed to be based on "principles," the accusation being that previous Canadian foreign policy was not. Rather, foreign policy had been based, Conservatives like to say, on "go along to get along," or a lot of mushy pronouncements lacking purpose or direction, especially the full-throttle defence of Canada's "interests."

Today, without exaggerating Canada's influence anywhere, it is instructive how offside Canada is on various issues with traditional allies.

For example, every country with which Canada has been traditionally allied has been calling for a ceasefire in the Israeli-Hamas "conflict" (or "war" if you prefer). The Obama administration has been using whatever diplomatic leverage it could to bring one about. Canada, by contrast, stands mute, which is to say the government might like a cessation of hostilities (or maybe not for the time being), but will continue to take its cue from the government of Benjamin Netanyahu in Israel.

So, once again, Canada is offside with the United States, Britain, France and Germany, which are negotiating with Iran. Fire-breathing rhetoric continues to be directed from Ottawa at Tehran. The Canadian embassy there remains closed, whereas the British have just reopened theirs.

On relations with Russia, Canada has the luxury of having limited trade and few contacts, a perfect setting for bullhorn diplomacy directed not just at Vladimir Putin, but indirectly and indiscreetly at European allies admittedly torn and dithering about how to handle Russia because they, unlike Canada, have substantial interests and a long intertwined history. Lectures from Ottawa will be as appreciated (and therefore unhelpful) in the capitals of Western Europe as the ones former finance minister Jim Flaherty used to direct about the European Union's struggle with its economic policies in the years following the crash of 2008.

Relations with the Obama administration are rocky, to put matters diplomatically. The Harper government is so peeved with Barack Obama's refusal to agree to the Keystone XL pipeline that it was forcing senior U.S. diplomats to clear meetings with Canadian ministers through Mr. Harper's office, an obvious (and childish) effort to express displeasure. The government's decision to put so many diplomatic eggs in the Keystone XL pipeline has had a souring effect on general relations.

Bullhorn diplomacy for Keystone – countless Canadian speeches, expensive advertising in U.S. publications, Mr. Harper's assessment that approving Keystone is a "no-brainer" – hasn't got the job done yet. Ironically, for those with a taste for irony, it seems all right for the Canadian ambassador in Washington to do his job by telling everyone in sight about the merits of Keystone, but then the Harper government gets annoyed at the Mexican envoy to Canada for doing the same thing about the continued imposition of visas on his fellow-countrymen. Deux poids, deux mesures.

If relations with North American partners and some of those in Western Europe (Poland notably excepted) are somewhat distant, how's diplomacy working elsewhere? Some time ago, a thaw in the Harper government's attitude toward China offered the hope of constructive relations. Certainly the Harper government is spending money opening new offices in that country, but on all the big-picture stuff – investment agreement, trade deal – nothing is happening.

It turned out that among Canadians and the Conservative base in particular, China was not a popular country. Perhaps yet another Canadian government attitude toward China will be on display if Mr. Harper visits there this fall. If so, it would be perhaps the third or fourth face his government has shown the Chinese.

By happy contrast, relations with Japan are very good. Foreign Minister John Baird was just there for the fifth time. Negotiations for a free-trade deal continue. Let's hope they succeed.

Opinion
Why a Canada-Europe deal is crucial to global trade
July 29, 2014 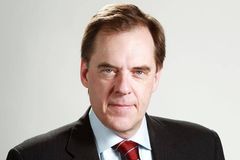 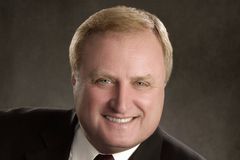