For many Canadians, the first step in buying a home is to drive out of town. How far they go depends on how much they can afford to pay – it's the "drive till you qualify" syndrome.

But are the costs in fact lower?

On closer examination, we can see that suburban development imposes economic and environmental burdens – not just for the suburban dweller, but for all Canadians.

Moving to the suburbs often means a need for a second car. Even economical cars cost about $10,000 a year to own. Other, less quantifiable costs include long commutes, increased emissions, higher risk of road accidents, fatigue and less home time.

In municipal terms, there are the increased infrastructural costs and their maintenance in comparison to more compact development. While trunk-line infrastructure and expressways are paid for by provincial governments, these costs are, of course, passed on to all taxpayers.

Some municipalities have begun to gather data on the full costs of this form of residential development, and innovators across the country are beginning to look at policies meant to encourage more efficient, higher-density neighbourhoods.

In Edmonton, the city picks up all the capital costs of fire and police stations and portions of the cost of some roads and recreation facilities. It covers all the costs of maintenance, repair and renewal of the infrastructure, including pipes and roads. However, what this means is that across just 17 of more than 40 planned new developments, costs to the city are expected to exceed revenues by nearly $4-billion over the next 60 years. Taxpayers will pick up the tab.

A study for the Halifax Regional Municipality calculated that it could save more than $700-million by 2031 by increasing the number of new dwellings sited in the already serviced urban core. Calgary found that by adopting a denser growth pattern that used 25 per cent less land, it could save $11-billion in capital costs alone. Calgary recently increased its financial charges on new developments.

Ontario's Peel Region also recently completed an analysis that showed that new development was not paying for itself, and as a result doubled its development charges.

Utilities can be priced to reflect the higher costs of delivering services to widespread areas. And municipal and other governments can save billions a year across Canada by reducing road subsidies, which, at more than $13-billion per year (net of fuel taxes and other revenues), are far larger than the subsidies to all other transportation modes combined. It has been estimated that for every dollar raised in real-estate taxes, it costs about $1.50 to service low-density residential development.

The fact is that real-estate taxes are simply too inelastic and insufficient to provide the operating costs of the public services that make Canadian cities attractive and competitive. This is apart from the capital required for the long-term investment in necessary hard and soft infrastructure.

Allowing single-family housing to become duplexes would double suburban density. The redevelopment of underutilized sites at densities somewhat higher than that of townhouses would go further. The redevelopment of shopping malls, with their acres of parking, into mixed-use developments served by public transit would transform them into vital new urban centres. None of these measures would detract from those who wish to remain in single-family housing.

Addressing the true costs of sprawl will reduce economic distortions and boost economic efficiency. Medium urban density will spread the fixed cost of infrastructure over more individuals and businesses – while bringing social, environmental and quality-of-life benefits. It will also improve access of businesses for workers and vice versa.

If we can reduce the cost of housing in established neighbourhoods with good transit and community facilities, and include the true costs of sprawl in the price of new housing, all Canadians will be better off.

Jack Diamond is an architect and urban planner and a principal at Diamond Schmitt Architects in Toronto. He will speak on "The Importance of Cities" at the Rideau Club in Ottawa on Nov. 21.

David Thompson is policy director of sustainable communities for Sustainable Prosperity, a national research and policy network based at the University of Ottawa and focused on market-based approaches to building a greener economy. To access SP's latest report on suburban sprawl visit www.sustainableprosperity.ca. 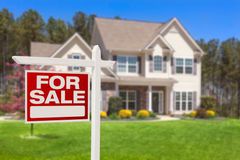 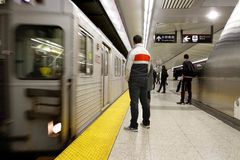 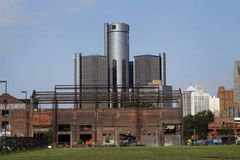 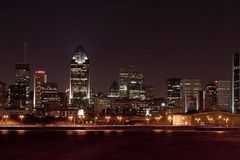