Hayden King is Anishinaabe from Beausoleil First Nation on Gchi'mnissing in Huronia, Ont. He is the director of the Centre for Indigenous Governance at Ryerson University in Toronto.

Erica Violet Lee is Nehiyaw from Saskatoon, Treaty 6 territory and Métis homeland. She is a philosophy student at the University of Saskatchewan.

The final report of the Truth and Reconciliation Commission was released Tuesday, weighing 25 pounds and containing more than two million words. It is the culmination of six years of painful testimony from residential school survivors, a wide-ranging public education campaign by the commissioners, and the hope for beginnings of a substantive conversation on the meaning of reconciliation among Canadians.

But before we discuss reconciling, we need truth.

While the utility of the 94 "Calls to Action" made by the TRC in July 2015 and again today are critical as we look towards the future, it is the historical record of residential schools that is required reading for Canadians to understand the contours of the grotesque campaign. That record is confirmation of colonial crimes against indigenous peoples on this land. It is recognition that 150,000 indigenous children were taken from their homes, and yes, that is genocide.

The physical and sexual abuse, the brainwashing, the experimentation, the massive scale of disease and death defies comprehension. Chairman Murray Sinclair remarked this week that the final report underestimates how many indigenous children were lost to residential schools. We may never know the number.

We would add to the apocalyptic accounting those lives lost to sexual and gender violence, homelessness, substance abuse, suicide, and poverty; all of which remain endemic after the last residential school closed, and all of them undeniable consequences of a system designed to assimilate and erase.

It is understandable, then, that the notion of reconciliation is complicated.

For some, there is a general feeling that the release of the report marks the end of this awful era, and the beginning of another, new friendships and long-awaited harmony. Perhaps even the mythical post-colonial period?

At the least, we can say there has never been a more engaged public on indigenous issues.

Indeed a new government has committed to implementing all the calls to action (presumably meaning the calls under the federal government's jurisdiction). This was to start with the United Nations' Declaration on the Rights of Indigenous Peoples but has already been preceded by the establishment of an inquiry into missing and murdered indigenous women and girls. The haste deserves praise.

Yet we have heard such promises before and watched them break. For many, "reconciliation" is uttered skeptically and with the truth in view.

After all, so few have been brought to justice for their crimes, so little land has been returned. Countless families will never realize healing.

When considering some of the challenges that residential schools precipitated, we wonder if the future will see yet another report on another history of violence. Will it be the child welfare system that houses more kids than ever attended residential schools (also in the name of protection)? Or will it be the prison system, which incarcerates indigenous people en masse and keeps them there, often because they are indigenous?

This is the present for many. And it doesn't feel like reconciliation.

Perhaps reconciliation is best understood then, ironically, as conflict. We will struggle through this. We will struggle to teach about residential schools, debate who teaches it, and pray that we learn. We will continue to struggle with our very identities, addressing assimilation, racism, and trauma to find our way home. We will demand the return of land and jurisdiction over it and Canada will keep refusing.

The Indian Residential Schools Settlement Agreement, the inquiry for missing and murdered indigenous women, the Truth and Reconciliation Commission itself, and every victory in aboriginal rights over the past 150 years has been hard-won.

The struggle goes on. That's the fundamental truth about reconciliation in Canada. 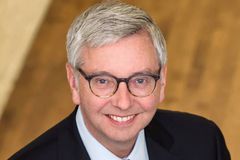