There are 11 of what American politicos call "battleground" states to watch Tuesday night. These are states where both sides, and observers think either side might win. They are where the election will be decided.

As of this morning, Barack Obama and Mitt Romney are just about tied in the Electoral College in terms of surely or almost surely winning certain states, with a slight edge – maybe 10 to 15 Electoral College votes – for Mr. Obama.

Of the 11 "battleground" states, Mr. Romney leads in two – Florida and North Carolina. Two are tossups – Colorado and Virginia – where polls show the candidates are even. Mr. Obama leads in seven states – New Hampshire, Nevada, Iowa, Wisconsin, Michigan, Pennsylvania and, critically, in Ohio.

The leads both ways in these states are small, often nothing more than one to three points. Outcomes will be decided by which side can better turn out its legions of supporters.

Very few undecided voters are left, again according to ubiquitous polling. Who knows how many of these undecided voters will even bother to vote, since the more partisan a voter is, the more likely that he or she will vote.

"Ground game" (U.S. politics is replete with sports metaphors) is where the election will be decided. Mr. Obama's campaign, it has been reported, has many more local offices in the key states than Mr. Romney. But Mr. Romney leads the President by 20 points among white males, and is way ahead among older Americans. Older Americans tend to vote in higher numbers than younger ones.

No one knows what the voter turnout will be among Hispanics who hugely favour Mr. Obama but might not vote in anything remotely like the percentages among non-Hispanic whites. Hispanics (who come from many countries and cannot be considered a single block) are critical constituencies in Nevada, Colorado and Florida. Blacks, of course, are massively for Mr. Obama, but a drop of four or five percentage points in their turnout compared to four years ago might prove costly to the President in battleground southern states.

Similarly, as happened last time and will happen again: The vast evangelical movement will be in high gear, fired up even unto the last weekend by sermons and out-of-church exhortations to vote Republican. No one should underestimate this constituency's voting power in rural and suburban areas in key states such as North Carolina, Virginia, Florida, Iowa and, yes, even in Ohio where, in the southern and central parts of the state, Republican strength is found.

Was it a wisp of desperation at the campaign's end that Mr. Romney ran completely false advertisements in Ohio and South Florida: the first about Jeep planning to ship jobs to China (assertions publicly denounced by auto company executives), the second about Venezuelan President Hugo Chavez and Cuba's Fidel Castro supporting Mr. Obama? In a campaign featuring so many misleading charges, it's doubtful one last blast of gibberish will make much difference.

Perhaps, however, the late-campaign endorsements of Mr. Obama by former Republican secretary of state Colin Powell and Republican-Independent New York Mayor Michael Bloomberg will suggest to centrist voters that the President is, warts and all, the better man for the nation's top job.

Then again, there are few undecided voters left, and New York City is a Democratic Party stronghold anyway. And moderate Republicans like these men are increasingly rare in their party.

Even if Mr. Obama wins, his margin will certainly be smaller than the one four years ago, a testament to disappointment in certain quarters. He is a long way from the "Yes We Can" campaign that propelled him to the White House. If he wins, as seems likely, he will have hung on rather desperately.

If Mitt Romney wins, the postelection narrative will have to give him credit for persistence, overcoming stumbles and the mocking from all the doubters, including many in his own party, that he has the right stuff.

If Mr. Romney loses, watch for the conservative elements in the party and the media, now in the ascendancy, to claim, implausibly but defiantly, that defeat flowed from not having been radical enough. 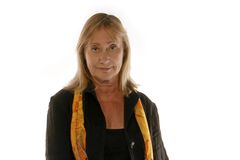 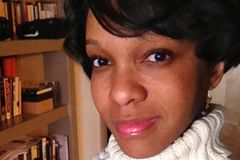 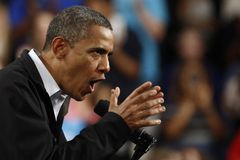