The new James Bond movie Skyfall is hugely entertaining, but it also contains a shocking sight. No, not Daniel Craig digging a bullet out of his own shoulder, or Bérénice Marlohe's fingernails, which look like 10 shiny stilts attached to the ends of her hands. It is the image of an old woman on screen.

Really, the movie should come with a warning, because I almost jumped out of my seat. There was Judi Dench in her seventh outing as M, James Bond's boss, the head of MI6, looking like a woman who has spent nearly eight decades on the planet, drinking a bit of scotch and worrying about saving her country from giggly blond megalomaniacs.

You may be offended by my use of the word "old," but only if you equate age with unsightliness, which I don't. I'm not sure Dame Judi has ever been more beautiful, and that may be because she does not look like a peeled, hardboiled egg or a waxed chipmunk, as so many older actresses do these days. There are pouches at her eyes and her jowls, a fine web of lines near her mouth. She is 77, and we have forgotten what 77 should look like. She looks old, and she looks gorgeous. These two things are not incompatible.

In her memoir, And Furthermore, Ms. Dench keeps a diary of her trip to the Oscars in 1998, when she had a best-actress nomination for playing Queen Victoria in Mrs. Brown. The diary is titled "Countdown to the Oscars, Or Will I Be the Only Unlifted Face in Hollywood?" We're lucky, in fact, that we have her on screen at all: When she was a young stage actress in the late 1950s and went for her first screen test, the casting director said, "Well, Miss Dench, I have to tell you that you have every single thing wrong with your face." That man then went to work in a canning factory (at least in my fantasy).

I worry sometimes that old women's faces will pass out of the public imagination, that they'll go the way of typewriters and Kodak film, to be replaced by some wind-tunnel simulacrum of youth. A friend came up to me this week to complain about the picture of the Queen on the new $20 bill. "She looks terrible," he said. "She looks like Diego Maradona after a hard night on the town."

But when I went and investigated, I realized what was going on: The Queen doesn't look terrible, she just looks older. She is 86, after all, and doesn't seem like the kind of woman who spends a lot of time in Harley Street talking to her doctors about Botox. After living through a war, various tragedies and the sight of her grandson parading naked through the luxury suites of Las Vegas with crown jewels in hand, she's earned her wrinkles and her laugh lines. There comes a point when your face is your badge of honour.

This is not a screed against cosmetic surgery; that trim-buttocked genie has left the bottle. In an age of body modification, people are free to play Potato Head to their heart's content. But I do already miss a certain type of face: my grandmother's face, Miss Marple's, Maggie Smith's. (Three-quarters of the genius of Downton Abbey is in Dame Maggie's facial reactions, the incredulous raised eyebrow. Imagine if those eyebrows couldn't move.) Every time I wander down Avenue Road in Toronto, and see identically blank expressions and melamine brows, I think: Don't you wonder what you're supposed to look like? If there was ever such a thing as facial destiny, it's slowly disappearing.

Which is why it seems so radical to see a lined, careworn face on screen. Earlier this year, Meryl Streep won an Oscar for her uncanny performance as Margaret Thatcher in The Iron Lady, but that movie was the exception, not the rule, made possible by the combined star power of two of the most famous women on earth. Director Phyllida Lloyd took the bold decision to concentrate her story on the aged, infirm Baroness Thatcher. Ms. Streep had always wanted to play an old woman; as a child she used to dress up as her grandmother, and use an eyebrow pencil to draw wrinkles on her face. I interviewed Ms. Lloyd at the time The Iron Lady came out and asked if she thought she'd made a political film. "If it is political," she said, "it's in putting an old lady on screen, because nobody is doing that." Especially, I would add, one who looks her age.

Opinion
To save our careers, (nay, our souls!) we need to step away from our keyboards
November 16, 2012 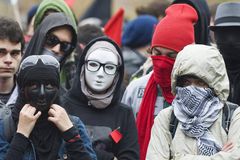 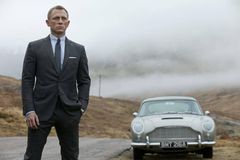