When I learned the news last week about the Canadian veteran suffering from post-traumatic stress disorder who unsuccessfully sought help and then, overcome by his operational injury, apparently killed his family and himself – I was beyond distraught. The catastrophic case of Lionel Desmond could not serve as a more powerful warning to the senior policy-makers in our country. But will it be enough?

I have spent decades fighting for injured veterans, including myself, as we continue to destroy ourselves and too many others in our wake. The wars that soldiers fight do not end when we return home; they stay alive within us, and without urgent treatment our injury – PTSD – will destroy us. Just like an injury to the body will become gangrenous, fester, and infect, so too does this injury to our brains and moral centre. But unlike most other injuries, PTSD deeply affects the entire family as well; in this case, fatally.

The scale of the damage and the depth of the destruction that deployment in today's complex conflicts can wreak is almost incomprehensible. Lionel Desmond's actions were reprehensible; but, so too was the lack of care he and his family received when he returned from his mission. This was a soldier lost in a system that is grievously inadequate to handle the load and complexity of these injuries or to provide the urgent support required for vets and their families. With a chain of command out of the picture, and an underfunded veterans department strangled by regulations, our system is wholly unprepared for this postwar demand. As a result, injured vets, both in and out of service, continue to be shunted aside, falling into the support cracks, flailing for help.

This is an urgent message that must be heeded: The casualties of past wars continue to mount even as we are preparing for the next conflict. Military-weapons upgrades, the introduction of new tactics, and preparations of troops to face the next threat are all getting a heavy dose of essential funding and priority. However, penny-pinching resource allocations and prohibitive restrictions around support to casualties of the last fight clearly have devastating effects. Care for our current injured members sets the start line for the total commitment of our soldiers and their families for the next round in the defence of peace and human rights.

Nova Scotia – where Lionel Desmond lived and where I am now based with the Roméo Dallaire Child Soldiers Initiative – is home to a disproportionate number of veterans. To utilize the strengths and skills of injured vets, while giving them a second chance to serve, the Dallaire Initiative has instituted a training program – through which Canadian military veterans assist in the dissemination of a new doctrine to reduce battle casualties and help eradicate the use of child soldiers globally.

The Canadian government would do well to follow suit: to seek out injured veterans and provide them whatever tools they require to rejoin society after their missions, for all our sakes.

As I wrote in my last book:

"I find myself empty now, at a loss for words. Over the past two years, I mustered what I had left to share the details of my own struggles with PTSD. I turn to those pages now.

It was not easy for me to share my vulnerabilities so candidly, but the dark side of living with PTSD has to come out. If it does not, the world will continue to hear of us only when we commit suicide. … Courageous soldiers serving in today's difficult and ethically ambiguous missions can and should be treated for PTSD at its first signs; the Forces should anticipate the need for treatment in order to head the damage off, not just wait until a soldier is desperate enough to seek help. And we – meaning all of us – need to shoulder our share of the burden and recognize the contribution made by our soldiers when they undertake such missions on behalf of humanity. We need to insist that they are supported when they come home.

The brain is as vital to life as any organ in the human body. To treat an injury to the brain as less urgent, less in need of care and compassion than other, more obvious types of injury is misguided and ignorant. Our efforts to treat our veterans with PTSD must be comparable to our efforts to repair damaged hearts, provide timely kidney transplants, avoid amputations or restore eyesight. … Only when we truly understand the injury and take action to mitigate its impact will we be able to say that we recognize the real costs of peacekeeping, peacemaking and war."

Lieutenant-General (ret) Roméo Dallaire is the founder of the Roméo Dallaire Child Soldiers Initiative at Dalhousie University, and author of Waiting for First Light: My Ongoing Battle with PTSD.

When combat is over, the war continues inside
November 9, 2016
Veterans Affairs slow to approve assistance for ill, injured ex-soldiers
January 5, 2017 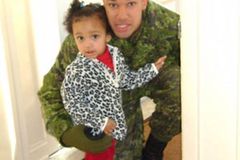 First responders being hit harder than ever by PTSD, and they need help
October 25, 2016 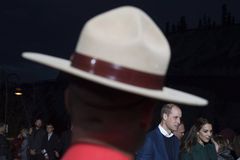 Soldier denied promotion due to PTSD should have case reviewed: court
January 5, 2017