The War of 1812 saw the last foreign invasion on Canadian soil. Ironically, its commemoration has become a battleground in Canada. The arrival of the war's bicentennial has ushered in a national debate on its significance in both Canada and the United States, the level of government support it deserves and, of course, that 200-year-old chestnut: Who, if anyone, won?

Some critics say the War of 1812 should never have been fought to begin with – a stupid war. It's generally agreed that the conflict, which returned all parties to the status quo after three years of brutal clashes, didn't gain much. But it's the wrong question to ask in considering its significance and commemoration. The fact is, it was fought, and like other wars, it had important effects on geography, people and history.

While little may have been gained, one key thing was not lost for Canadians: sovereignty from the United States. Had the American invasion been successful, Canada might be a very different place. The war also had an impact on first nations, which suffered disproportionate losses (including the promise of an independent aboriginal nation), French and English Canada, and black Canadians. And it set Canada on the path to nationhood. The war's legacy offers essential teachable moments in Canadian history and identity, to which contemporary topical debates can only add nuance and richness.

It may surprise critics that most Canadians and Americans would agree. The Historica-Dominion Institute's new binational poll measuring Canadian and American attitudes on the War of 1812 found that substantial majorities on both sides of the border believe the war is important to their national identity and history and that its commemoration is important.

Results also show telling national trends about our differing views and values on history. Americans place greater importance on teaching and commemorating the war's history than Canadians do, despite ranking it lower in significance when compared with other historic conflicts.

Why is it that, in Canada, despite a greater perceived importance of the War of 1812, we are still less likely to value its commemoration? Is it the fear that unfettered flag waving and the celebration of war is the type of nationalistic fervour attributed to our southern neighbour?

The preoccupation with avoiding American-style nationalism (for better or worse) is a symptom of a larger reluctance to promote and commemorate our history in Canada, which likely correlates to low knowledge and history education. For instance, fewer Canadians than Americans think the War of 1812 should be mandatory teaching, and 20 per cent fewer Canadians say they learned about the war in school. Telling our history is a subject on which we know our own strength (or weakness): a majority of Americans (58 per cent) and a minority of Canadians (49 per cent) agree their nation is good at promoting its history.

What it means to promote history may be part of the problem. There are, of course, many ways to promote history that don't include unbridled nationalism or glossing over historical complexities beyond what Globe columnist Jeffrey Simpson calls "cardboard history" or "good guys against bad guys."

There's also a distinction to be made between celebration and commemoration. Whereas celebration might include the kind of chest-thumping from which Canadians typically recoil, commemoration really implies the recognition of significance. The War of 1812 can hold significance despite debate over who won (a topic 6 per cent more important to Americans than Canadians) or its relative historical importance compared with other wars. This war need not have had the same scale or significance as the Second World War to merit commemoration, nor is a real comparison even possible given the historical context.

As we approach a host of historical anniversaries – culminating in Canada's 150th birthday – we need to carefully consider what it means to us as Canadians to celebrate and commemorate our history so that these teachable moments not be lost for the sake of moral superiority.

Jeremy Diamond is director of development and programs at the Historica-Dominion Institute; Davida Aronovitch is communications co-ordinator. 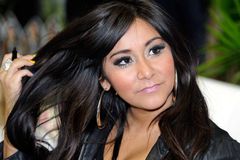 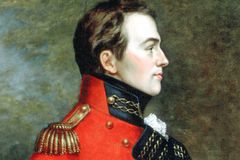