They are allowed into Canada to do jobs most Canadians would refuse at rates of pay most Canadians would never stand for, and then they have to leave. They are separated from their families for years. They aren't allowed to settle, marry, bring their children over, expect a raise or change jobs. They have to live in rooms provided by their employers, and they cannot realistically quit without being forced out of the country.

Where are you most likely to encounter such temporary foreign workers? Not in a Fort McMurray tar pit or in the kitchen of a pizzeria in Weyburn, Sask., but far more likely in your neighbour's spare bedroom – or perhaps even your own.

Our original temporary foreign worker program, launched in 1992, is the one that brings live-in nannies and caregivers into Canadians' homes. It accounts for nearly a fifth of all "temporary" immigration.

The 25,000 women employed under the Live-In Caregiver Program at any one moment have transformed the lives of the middle class: When I was a kid, only the super-wealthy had live-in servants; now, many dual-income families do, although they never call them "servants." This has helped many Canadian women enter the work force, it's likely been good for children and seniors, and it's helped hundreds of villages in the Philippines to escape poverty.

But, as an important new study of temporary-worker caregivers by the Institute for Research on Public Policy shows, its temporary nature has also created a huge social and economic problem. Between this and the other temporary programs, there are now hundreds of thousands of people who live full-time in Canada and have deepening ties here, but are unable to form any legal connection to our country's economy or society.

In at least one respect, the caregivers are better off than the 65,000 skilled, unskilled and agricultural workers who come in "temporarily" each year (and now number more than 300,000): Since 2010, the nannies have been allowed to apply for permanent residence after completing 24 months of work over a period of up to four years.

That, at a minimum, needs to be done for all temporary workers. If there is one lesson from the world's half-century experience with "guest" immigration, it is that nothing is worse for a country than having a large number of unaccompanied individuals living in its borders with no ability to form family, educational or economic ties – and thus to invest in their communities and help build their new country. Whereas permanent immigrants are a net gain, temporary ones do nothing for our development and often harm their lives.

Even with the changes, the study found that because the domestics are beholden to their employers for years – as all temporary immigrants are – their status tends to "impede their economic and social integration" and prevent them from establishing themselves fully in their field. (The majority of nannies, as with other "temporaries," tend to have university degrees, and often pay fortunes to agents to get their placements.)

Three or four years without your children or spouse – plus the additional three or four it takes to get papers processed – can be devastating. Do we really want new Canadians to start off damaged and despairing?

We do need immigrant workers: At the moment, one in six Canadian employers is reporting "shortage of un/semi-skilled labour" as a major business problem; nearly a third are reporting "shortage of skilled labour." Unemployment is near or below what is conventionally considered "zero" in every province west of Ontario (and that's after the foreign workers have raised those unemployment rates a percentage point, as one recent study suggests).

There are ways to fill some of those shortages with Canadian workers. There's the nasty way, in which welfare rates are lowered to make low-pay jobs more appealing, or the nice way, in which minimum wage is raised somewhat, which is a good idea in its own right. But that would take care of only a small part of the problem, and only once.

Since this is a chronically underpopulated country with an aging population and an inadequately sized consumer and taxpayer base for its geography and culture, there is no reason for Canada to make any of its immigrants anything other than permanent.

Those who say "Canadian jobs for Canadians" are right: We should continue to attract immigrants who want to do these jobs, and we should make sure they are able to become Canadians, as quickly as possible. 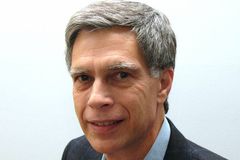