It's clear by now that, to the extent parties get to set the ballot question, the fall federal election will be fought over which one of them emerges as the best friend of the middle class.

But just which middle class, exactly? The one, described by pollster Frank Graves, that feels a "simmering sense of betrayal and despair" as a tiny minority of Canadians at the top seem to hog more and more income? Or the one, also borne out in polling, that identifies more with those above than below them on the income ladder and abhors the idea of taxes going up on anyone?

We are entering the "framing" phase of the federal election campaign as the parties trot out their plans to help the middle class. It is a fight largely based on two competing paradigms. As Keith Banting and John Myles explain in a new paper, there are the "inequality Cassandras" who favour more progressive taxes and the "inequality deniers" who prefer tax cuts. There is no middle in this middle-class debate.

The Cassandras emphasize stagnant middle-class incomes, and point out that more and more young Canadians feel they will end up less well off than their parents. The deniers point to data showing our middle class faring better than any other in the developed world, and inequality, though rising in the late 1990s, remaining stable after that, and even declining since the recession.

Absent from this debate is almost any mention of the poor. This is a historical anomaly, since political debates surrounding inequality had until quite recently always turned on the question of how to reduce poverty. It is also ironic since almost all of the increase in inequality that Canada experienced since the late 1990s has resulted from cuts to employment insurance and social assistance.

As Andrew Heisz and Brian Murphy of Statistics Canada note in a new study – which, like that of Mr. Banting and Mr. Myles, is part of a forthcoming volume on inequality from the Institute for Research on Public Policy – income taxes and transfers (such as child benefits, EI, welfare and old age security) decreased inequality by about 28 per cent in 2011. This is down from a one-third decrease in 1994. EI and welfare cuts explain the drop.

Still, no politician proposes restoring EI and provincial welfare programs to their pre-1995 levels of generosity. The recession of the early 1990s exposed the disincentive to work inherent in easy-to-access welfare programs as 14 per cent of Ontarians were living on social assistance in 1994, compared to about 7 per cent in the wake of the most recent recession. EI reforms in the late 1990s, meanwhile, saw more young people in Atlantic Canada and elsewhere switch from alternating between stints of seasonal employment and long months on EI into improving their education.

Mr. Heisz and Mr. Murphy also point out that Canada's income tax system has become more, not less, progressive since the 1990s. Though tax rates dropped on all levels of income after 1995, "they fell more at the bottom than at the top." This suggests the income tax system is doing more to reduce inequality now than two decades ago. But the biggest beneficiaries are lower-income Canadians, not middle-class ones.

As for the latter, many among them fear falling backward. The technological change that is threatening middle-class workers in manufacturing and lower-skilled jobs makes them a receptive audience for the inequality Cassandras. Indeed, the share of Canadians who identified as middle-class declined to 47 per cent in 2012 from 68 per cent a decade earlier, according to Mr. Graves's polling. Liberals and New Democrats, who want higher taxes on the wealthy and corporations, respectively, are on to something.

"Nothing is guaranteed here," counter Mr. Banting and Mr. Myles. "The emotional appeal of lower taxes and less spending might well trump less viscerally engaging arguments for progressive taxation … The institutionalization of anti-tax doctrine is well advanced in Canada and taps into other currents in public opinion: a general sense of risk aversion and a decline in trust in government that has been ongoing for decades." 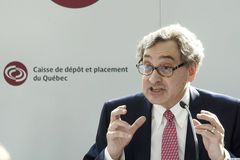