Aaron Williams is a forest firefighter and the author of Chasing Smoke: A Wildfire Memoir.

British Columbia may have had a record number of wildfires this summer, but the ongoing situation in California is much worse. More homes at risk, more lives in danger, stronger winds, faster rates of spread. Those factors require an excellent forest firefighting program. Though we may have a different situation – most of British Columbia's wildfires don't put communities and people at risk – we can still learn from the American program.

I fought fire in the United States twice during my nine years fighting fire for the Ministry of Forests in British Columbia and both times were in Idaho. In British Columbia, I was part of a 20-person firefighting crew known as a "unit crew" – a configuration modelled after the American "hotshot" crews.

I'll never forget the first time I saw a hotshot crew in action. We'd been flown out in a helicopter to work a fire on a mountain not far from the Sun Valley ski area. We had camping gear and planned to stay on a ridge near the fire for several days. In the evening after our first day of work, we set up our tents. Dinner arrived via a Forest Service DC-3 plane, which flew over the ridge and dropped five-gallon pails filled with food (pork chops, rice and peas) attached to parachutes. It was thrilling and we all felt like the real deal camping next to an active wildfire in the United States.

Then, just as we were about to go to bed, a hotshot crew came marching out of the dark, all 20 of them in single file. Exhausted, they said a quick hello as they walked by, then in unison, pulled out their sleeping pads, lay down, and fell asleep. They were too tired to even take their boots off.

At that moment, It became obvious that a B.C. unit crew and an American hotshot crew didn't have much in common save for the number of people involved; they seemed much more like a self-sufficient unit. I was in awe, but the hotshot crew also carried some of that bravado we sometimes find irksome north of the border.

Still, you couldn't deny the professionalism. Americans have always been ahead of us when it comes to fire suppression, and situations such as the one in California make clear why that is. Summers there are longer and hotter and it's more densely populated. When the B.C. government started putting together a proper protection program in the 1980s, it looked south to try to figure out how to do things. The United States is essentially the birthplace of forest firefighting as it looks today. They were researching fire behaviour and trying out different tactics and tools back when our only tactic was to round up all the able-bodied men at the bar and put them to work.

We've gotten better since then; there are now about 1,600 staff dedicated to fighting fire in British Columbia; among these are 30 unit crews. But unit crews are unique to British Columbia and when firefighters arrive from different parts of Canada to help, as they did this past summer, they arrive with different crew configurations and different tactics for fighting fire. It can be tough to get everyone on the same page.

Not so in the United States, where hotshot crews adhere to the same fitness and tactical standards, whether they're from Illinois or California. They're also more autonomous, allowed to work longer hours and are given freer reign to do whatever it takes to get a fire under control.

In British Columbia, that's often not the case; hours are more strictly regulated and crews carefully managed. It's done in the name of safety and sometimes it's good, but sometimes it's made us less effective. There were times in my career where a few more hours on the fire line, or a few extra days on a deployment would have considerably helped get a fire under control or get tasks completed. I'm glad our program isn't a carbon copy of the American one; it doesn't need to be, and only on the rare summer do our fire seasons look anything like theirs. Still, it wouldn't hurt if we had to sleep in our boots once in a while.

California wildfires cause at least $1-billion in damage to insured property: officials
October 19, 2017 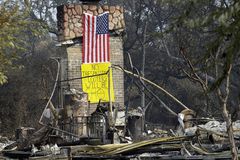 ‘Tragic on so many levels’: Elderly couples perish in California wildfires
October 19, 2017 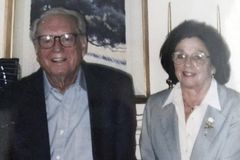 Trailers could temporarily house residents displaced by California wildfires
October 18, 2017
Follow us on Twitter @globedebate Opens in a new window
Report an error
Due to technical reasons, we have temporarily removed commenting from our articles. We hope to have this fixed soon. Thank you for your patience. If you are looking to give feedback on our new site, please send it along to feedback@globeandmail.com. If you want to write a letter to the editor, please forward to letters@globeandmail.com.
Comments