Russia's decision to stop all grain exports as a result of extreme heat and unpredictable weather patterns will eventually hit consumers' pocket books - it's just a matter of time. There and elsewhere, agriculture is increasingly wilting under the wrath of climate change.

Drought in the Black Sea region and floods in Western Canada are having a big impact on grain prices. Climatic shocks send markets and speculators alike into flurries of activity, and threaten to launch food prices skyward. Most would agree that, when a storm descends, it's often best to wait it out until the sun returns. But make no mistake - these sudden market swings signal the start of a new era.

Russia had planned to become the world's most important exporter by 2020. In recent years, Russia and neighbouring Kazakhstan and Ukraine have emerged as major rivals of wheat-exporting nations such as the United States, Canada and Australia. The Eastern bloc is now discovering that weather can quickly put entire economic development policies into meltdown.

When wheat is affected, other commodities follow. Wheat is used not only to make food but also rations for livestock, which could increase demand for crops such as corn. That's why the supply driven rally on markets triggered by the wheat situation is pulling along other commodities with it. Increasing numbers of investors looking to fill the void left by a weakening U.S. dollar makes market fluctuations even more pronounced.

How much higher food prices will go remains unclear. Most agricultural commodities are trading higher these days: Soybeans are at their highest price since December, same for corn, and coffee is sitting at $1.70 a pound, its highest in more than 12 years. Most food giants are not disclosing how much they intend to raise their prices, but most input prices - such as wheat, pork and coffee - will climb a combined 15 per cent by next July. Wheat is also drawing some attention - it's trading at well over $7 a bushel, its highest point in several years.

In the aftermath of the 2008 food price increases, many retail prices in the Western world for products such as bread, pastry and pasta increased by 20 per cent. When Mother Nature makes agricultural commodities attractive to investors, farmers will cash in at harvest. Even though many would regard looming hikes in food prices as likely, the situation is not quite the same as in 2008.

That year, commodity prices were not the biggest factor in the increase of food retail prices. At the time, oil was trading at $146 a barrel, a record high. Because of population density, or the lack thereof, we rely heavily on transportation, which tends to drive up energy costs. The current cost of energy is nowhere near what the food industry had to cope with a few years back. So prices are likely to increase but at a much slower pace.

Yet, higher food prices may actually be coming at the right time. Because we're all consumers, we naturally believe low prices are good. But consumers often don't correlate the trend in prices to the trend in income. It's true that, as long as your income stays constant, lower inflation rates are best. And the same is also true if national income stays constant. Given these conditions, a disastrous scenario would be one in which inflation falls due to national income's shrinking.

But, these days, inflation in the West is already dangerously low. Canada's consumer price index, the main indicator for inflation (which has been hovering around 1 per cent in recent months), is in great need of a little push upward. In the U.S., there's even talk about deflation as the unemployment rate remains around 10 per cent.

Surprisingly, nutrition may also improve as a result of these increases. Salt, sugar, fast foods - consumers are eating too much of too many nutritional evils. Affordability and convenience have been the main drivers for quite some time. But incremental and reasonable hikes in food prices may compel consumers to repair food consumption habits that have been ingrained in the past few decades when cheap foods were king. Spending barely 10 per cent of household budgets on food, and thinking about food choices just a little, is slowly becoming a thing of the past. Further, more distributed wealth will provide resources for a food industry in its ongoing quest for innovation and safer products.

What's happening to agricultural commodities is hardly a crisis but rather a continuing recalibration between supply and demand. We're merely going through a transition period in our food production and distribution systems. More than a billion people will join the middle class by 2030, and many of them won't live near arable lands. This will put a strain on grain supplies and will expose food systems to significant systemic pressures. No one knows how things will evolve, but we're definitely seeing the beginning of a new world order in food.

Sylvain Charlebois is a professor at the University of Guelph's College of Management and Economics. 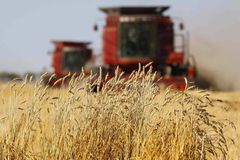 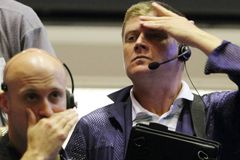 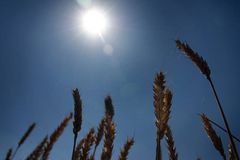