Keith Neuman is Executive Director of the Environics Institute for Survey Research. Ian Bruce is Science and Policy Manager at the David Suzuki Foundation.

As global warming emissions reach record-breaking levels, Canada's environment minister will join world leaders in Lima, Peru, this week for the latest round of UN talks on an action plan to fight climate change. International binding agreements to shrink carbon pollution have been elusive, but recent world events suggest there may be reason for progress.

The Lima summit takes place on the heels of the historic climate action agreement recently announced by the United States and China – the two largest emitters of greenhouse gas emissions and Canada's largest trading partners. This deal is momentous because it breaks the global political logjam that has existed for so long by removing the perception from smaller countries that their actions would be futile. The big players are now on onboard and co-operating to prioritize clean energy. The pressure now mounts on countries like Canada to do more, and Canadians are ready for their governments to act.

The latest national survey conducted by the Environics Institute for Survey Research, in partnership with the David Suzuki Foundation, finds an increasing majority of Canadians accept the scientific evidence that global warming is happening and is caused by human activity. Most are clearly concerned about climate change and the potential consequences in terms of extreme weather, ecosystem disruptions and in particular what it may mean for their children and grandchildren. And as with many large-scale issues, the public looks first to governments to take a leadership role in coming up with an appropriate response, through laws, policies and whatever mechanisms they may have at their disposal. Close to nine in 10 Canadians would like to see their country commit to do more to reduce greenhouse gas emissions, as other countries are now looking to do.

It is also evident that climate change is not a "top of mind" issue for most Canadians. This lack of attention is revealed in survey findings showing that the Canadian public is more likely than not to give their country positive marks for its performance on climate change relative to other countries. Few appear to know about, or give credence to, the poor international reputation that has earned Canada a record number of "Fossil of the Year" awards in recent years. Climate change clearly matters to citizens, but it has yet to become an issue that determines voting choices, and politicians have been able to get away with the usual platitudes that fall short of concrete policy commitments. This may be changing, although it is too early to say whether or not climate change will be a key ballot box issue in next year's federal election.

Public opinion may not yet be at the point of pressuring governments in Canada to take climate change more seriously, but it may well be mounting and the results of this survey suggest that Canadians are ready to follow when governments do finally start to move on this issue.

Momentum is now building worldwide in support of concrete policies like carbon pricing. In Canada this approach to reducing greenhouse gas emissions is a primary focus of the newly-established EcoFiscal Commission that includes prominent leaders from all political stripes. British Columbia successfully introduced a broad-based carbon tax in 2008 that has withstood various political attacks and today is supported by an increasing majority of that province's residents. And B.C. is not an exceptional case: The latest survey also finds sustained majority support for a B.C.-style carbon tax in other provinces across the country, most notably in Ontario and Atlantic Canada where more than six in 10 express for such an initiative to help address climate change.

Few people will be keen to pay more for climate change action, and a minority of citizens are dead set against any form of new taxation, however worthy the cause. But a critical mass of citizens now appear prepared to accept a well-designed and effectively communicated carbon-pricing policy. Most Canadians understand they contribute to the problem (through their own consumption habits) and must therefore take part in solutions. Governments that take the big step to move forward with carbon pricing initiatives will be pleasantly surprised to find their citizens are ready to sign on. 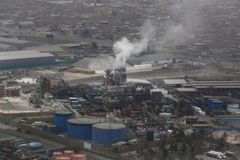