Andrew Hammond is an associate at the Centre for International Affairs, Diplomacy and Strategy, London School of Economics.

The unexpectedly fast selection of Home Secretary Theresa May as the incoming new British prime minister means that she will now move into Downing Street on Wednesday, with David Cameron formally resigning to the Queen earlier that same day. The speedier-than-anticipated transition gives very little time for her to prepare for a massive agenda which, first and foremost, comprises tackling the damning legacy of Mr. Cameron – not just the British exit from the European Union, but also the United Kingdom itself unravelling.

Who is Theresa May? Britain's new Prime Minister at a glance

This is a huge political task for Ms. May and the tragedy is that this troubled political inheritance was by no means inevitable, and stems in large part from Mr. Cameron's own unwise decisions in office.

The EU referendum Mr. Cameron called was one of personal choice, not necessity, and reflected in large part his concerns in 2014 – before the last British general election – that the U.K. Independence Party posed a significant electoral threat to the ruling Conservatives.

Calling a referendum in these circumstances has proven to be a reckless gamble that has destroyed his premiership. Ms. May must now pick up the pieces and try to negotiate a Brexit on the best possible terms with Brussels and the other 27 member states in very difficult circumstances.

The referendum vote will have potentially massive implications for the longer-term future not just of the EU, but also the U.K. On the latter front, for instance, the U.K.'s current constitutional settlement has now become further destabilized with a significantly increased likelihood of a second Scottish independence referendum vote, and also the possibility of greater political uncertainty in Northern Ireland.

Unlike England and Wales, both Scotland and Northern Ireland voted to remain in the EU last month. This is a point that has already been strongly emphasized by parties such as Sinn Fein and the Scottish Nationalist Party which favour the further fragmentation of the United Kingdom.

Take the example of Scotland, which fewer than two years ago held an independence referendum, the aftermath of which has been a resurgent SNP. Scottish First Minister Nicola Sturgeon, the SNP Leader, has previously argued that the U.K. should only exit the EU if all four constituency countries (England, Scotland, Wales and Northern Ireland) individually voted to leave, an exceptionally unlikely scenario as she well knows.

Should the Leave vote ultimately lead to the U.K. leaving the EU under Ms. May as prime minister, which now seems very possible, it would increase the likelihood of a second Scottish independence referendum vote. Ms. Sturgeon has asserted since the Brexit vote that it is highly likely that she will seek such a second plebiscite, and given the strong attachment that many Scots have with the EU, it is quite possible that the country could vote for independence.

Indeed, the working assumption of some financial institutions is that Scotland could now vote for independence during the course of the current Westminster Parliament. For instance, Malcolm Barr at JP Morgan has indicated that a new referendum could be held by 2019 with Scotland potentially then launching its own currency.

In Northern Ireland, too, where all parties except the Democratic Unionist Party campaigned for a Remain vote, the results could have destabilizing effects with Sinn Fein leading the charge. Already, Northern Ireland's Deputy First Minister Martin McGuinness, the most senior representative of Sinn Fein in the country's government, has called for a poll on a united Ireland, justified in part given that support for the EU is considerably higher in Northern Ireland than the U.K. average.

For those who favour a strong U.K., in a reformed EU, these developments are immensely concerning, and the end result is likely not just to have ramifications for England, Scotland, Wales and Northern Ireland, but also the rest of the world. For the fact that a weaker United Kingdom would no longer punch so strongly on the international stage would also adversely affect its ability to bolster international security and prosperity at a time when both remain fragile.

Take the example of potential Scottish independence, which would undermine the U.K.'s influence in multiple ways, including its voice in key international forums from the United Nations, G7/8, G20, and NATO. As former Conservative prime minister John Major has argued, the union would be perceived to be harmed "if a chunk of it voluntarily chose to leave … In every international gathering that there is, the voice of Britain …would be growing weaker because we would have had a political fracture of a most dramatic nature."

Perhaps most prominently, the breakup of the union could be seized upon by some non-permanent members of the UN Security Council (UNSC), and/or other UN members, to catalyze a review of the U.K.'s membership of the council. To be sure, reform of the Security Council is overdue. However, Scottish independence could see this issue being decided upon less favourable terms for Britain than might otherwise be the case.

Budgetary cuts forced by the loss of Scotland's tax base could also impact the U.K.'s sizable annual overseas aid budget, which promotes massive goodwill abroad. The United Kingdom is the world's second-largest provider of international aid after the United States, and is one of the few G7 states to adhere to an internationally agreed target of spending 0.7 per cent of GDP on overseas aid.

Moreover, a UK Parliamentary Committee rightly warned in 2014 that losing the Scottish tax base, especially at a time of fiscal austerity, could lead to further budgetary cuts to the armed forces. These cuts could even threaten the future of Trident, Britain's expensive sea-based nuclear weapons program, which is due for potential renewal in coming years.

Taken overall, Ms. May now has to tackle as best she can Mr. Cameron's legacy as prime minister which could end up being the breakup of the United Kingdom, one of the world's most successful political unions. This would mean that the nation would no longer punch so strongly on the international stage, adversely affecting its ability to bolster international security and prosperity at a time when both remain fragile.

Theresa May poised to become British PM after leadership rival drops out
July 11, 2016 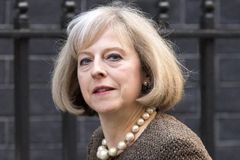 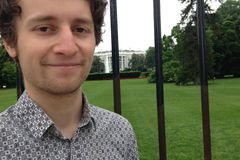 Opinion
Welcome to Canada, Americans! We put the you in neighbour
July 1, 2016

The Brexiters make their exit, and leave the cleanup to others
July 4, 2016 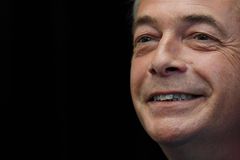