The Gatekeepers, the Israeli documentary and Oscar nominee featuring interviews with six former heads of Shin Bet (the security service responsible for domestic security and counter-terrorism) – is startling in its candour. It questions black-and-white assumptions about "good guys" and "bad guys" and introduces the grey world inhabited by these men. It exposes Israel's super-sophisticated anti-terrorism machine, but admits failures and the limitations of power. And it demonstrates, once again, Israel's remarkably open debate on the most sensitive issues.

But the film hasn't generated significant public pressure on what Shin Bet's former heads say is the most important issue of all – putting an end to Israel's continued occupation of more than two million West Bank Palestinians. Like the recent election campaign, the protracted negotiations under way to form a new coalition government also give short shrift to the issue.

The Gatekeepers is the latest in a string of Israeli documentaries that question conventional military and political wisdom, often through conversations with people who served deep inside the system. Along with, for example, 5 Broken Cameras (also a 2012 nominee), Waltz with Bashir (a 2009 nominee) and The Law in These Parts, it fills a vacuum left by mass media increasingly populated by right-wing voices and reality shows with high ratings. (The country's largest circulation daily, Israel Hayom, is free and bankrolled by American billionaire Sheldon Adelson, a staunch supporter of Prime Minister Benjamin Netanyahu and Mitt Romney's biggest financial backer.) The Law in These Parts, named last year's World Cinema Grand Jury Prize in Documentary at Sundance, is a counterpart to The Gatekeepers and presents stark interviews with former military legal officials responsible for the judicial architecture governing the Israeli occupation.

What makes The Gatekeepers unique is its subjects' unmediated intimacy with Palestinians – prisoners, informants and political leaders. With one exception, all those interviewed spent decades in the Shin Bet, immersed in the minutiae of Palestinian life and politics. No Israeli, including senior politicians, knows Palestinians as well as they do. As result of this, their discussion of legal constraints and moral dilemmas, and their acknowledgment of Palestinian thinking and motivation are especially striking. Their uniform conclusion is that while fighting terror is an absolute necessity, it won't improve Israel's strategic situation absent a concurrent change in the political status quo. Coming from the heart of Israel's security establishment, their statement is loud and clear.

Seeing the film outside its Israeli context emphasizes the centrality of the Israeli-Palestinian conflict – but Israelis see it differently. Since the 2000 failed Camp David talks and subsequent rash of suicide bombings, and fuelled by Hamas attacks after the 2005 evacuation from Gaza, they've been fed a steady diet of "there's no one to talk to" by politicians across the spectrum. About 70 per cent of Israelis accept a "two states for two peoples" solution to the conflict, but at least as many distrust the current Palestinian leadership. Younger Israelis, in particular, take settlements for granted and have no idea what the "Green Line" (demarcating Israel's pre-1967 borders) means.

Meantime, coalition talks remain mired in domestic issues because the mantra of "there's no one to talk to" lets Israeli politicians off the hook. Besides, Iran and Syria loom far larger. But Ami Ayalon (Shin Bet chief from 1996 to 2000) says he and his colleagues used the film, made by Israelis for Israelis, as "a microphone" to get a different message across. He acknowledges that he doesn't know whether or when his fellow citizens will listen.

Four of the men spoke in a joint interview as early as 2003, after leaving the service. None of them tried to influence policy while on their watch. In the film, one intimates that this would have been beyond their mandate; another hints at the wisdom of hindsight; and a third describes Yitzhak Rabin's assassination as a crushing blow from which the process never recovered. On Iran, in contrast, there's been no such hesitation. Last year, current and past security and military chiefs succeeded in delaying – and perhaps cancelling – Israeli military action. But the Palestinian issue hits too many raw nerves of history, identity, settler power and coalition politics for officials to take on while in the service.

Mr. Netanyahu hastened to announce he has no intention of seeing The Gatekeepers. Perhaps he should reconsider. The film's release coincides with renewed discussion on how to revive defunct Israeli-Palestinian negotiations. While compelling reasons on both sides may render this difficult or even impossible, the film is a stark reminder of the cost of doing nothing. 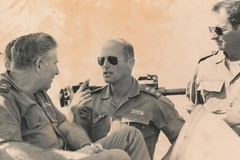 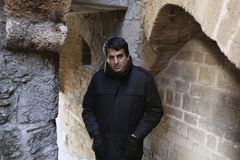 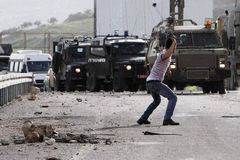