J.L. Granatstein is a Fellow of the Canadian Global Affairs Institute

Some nations, Bangladesh for one, provide troops to United Nations operations for the money the UN pays for each soldier's services. That cash is a good boost for its scarce foreign exchange reserves. Canada, however, is much different. We don't need the foreign exchange. Instead, we are offering the UN up to 600 soldiers and 150 police in exchange – we hope – for votes for a term for Canada on the UN Security Council a few years hence.

Trolling for votes with our men and women in uniform as bait is uniquely unseemly for Canada, but what makes this even worse is that we don't yet know which UN mission(s) we want to support. Canada is preaching for a call somewhere, some day. But as the Chief of the Defence Staff, General Jonathan Vance, says, this quest is not politically motivated: "I reject the notion that this is done simply for political reasons and putting troops in harm's way into risky areas for anything other than the true merits of the value of the use of military force," he told a parliamentary committee. There, that's settled.

So where will the troops go? Somewhere in Africa seems to be the government's preferred option, with Mali, the Democratic Republic of Congo, the Central African Republic and South Sudan always mentioned. None of these existing operations is a traditional peacekeeping mission where a blue helmet and an unloaded rifle once sufficed. These are wars with mass civilian killings and heavy casualties between opposing forces and "peacekeepers."

Yes, Canadians can play a useful role in such conflicts, but we need to understand the desiderata before we send our men and women overseas. First, there must be strong support at the UN with the full Security Council on board. Then, the parties that are doing the fighting must accept the UN deployment – if not, we must understand we will be fighting against one (or more) sides in the dispute. Next, Canada must ensure that its contingent is well-trained and well-equipped for the particular mission, something that takes time and money. There must be reliable allies on the UN force, a safe logistical base, and a way into the operation – and a way out if the mission collapses into chaos. And we require a set withdrawal date – no more 30-year commitments such as the UN Cyprus operation that kept as many as a thousand Canadians there from 1964.

In addition, we need to consider carefully some other factors. There may be no value in putting our soldiers into the jungles of the Congo, for example, not least because white troops are unwelcome to the factions at war there. The infrastructure of that huge nation is also underdeveloped, making logistics a challenge. Think very carefully before deciding to deploy, in other words.

Finally, the government needs to consider how to sustain and maintain our troops. We have Special Forces operating in Iraq against Islamic State; we have trainers working in Eastern Europe; and we recently put a frigate into the Black Sea. Canada has also committed to station some 450 soldiers in Latvia as a counter to possible Russian aggression. Each one of these deployments requires logistical support, and when the military adds another 600 soldiers in Africa, the supply and air transport demands will quickly become very large. Add to this that troops need to be rotated every six to 12 months, that new deployments must be trained, and that soldiers cannot do deployment after deployment without a break. The challenge to sustain the Canadian Forces abroad can quickly become unsustainable.

So what should Canada do? Peace operations can be useful, and the government should undertake them if the requirements are met, but only if they are met and the operations are sustainable. To ensure that this is so, Parliament should be asked to vote to support every substantial deployment overseas. Without a parliamentary mandate, there cannot be long-lasting public support, and it is always important for our MPs to accept the burden of responsibility for the lives of Canada's soldiers. The government is under no obligation to get the House's support, but it should.

Opinion
How Ottawa can ensure ‘Canada is back’ on peacekeeping
September 5, 2016 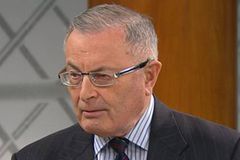 Opinion
Wanted: A strong hand to guide the UN
September 26, 2016