Rivka Carmi is president of Ben-Gurion University of the Negev in Israel and Martha Crago is vice-president research, Dalhousie University. They are participants this week in the Association of Universities and Colleges of Canada's Innovation Dialogue in Ottawa.

The economic uncertainty that continues to plague countries around the globe has contributed to an increased focus on innovation and the commercialization of research – and rightly so. Innovation drives prosperity. Unfortunately, this focus can lead to the questioning of the value of basic foundational research. That debate presents a false choice, and it's only by understanding why, that universities' contributions to the world will be fully realized.

Consider what happened after a Japanese researcher named Osamu Shimomura got curious about a jellyfish species and discovered the protein that makes it glow in colour. Years later, American biologist Martin Chalfie realized that this glowing protein could help map the cellular structures of living organisms. Another scientist, Roger Tsien, later discovered how to make fluorescent molecules with technical applications, including mapping the human brain.

That work, which developed over several decades from basic research to fundamental and then advanced applications, won the three men a joint Nobel Prize in Chemistry in 2008. It illustrates that the path from basic research to innovation is rarely straight – it builds on successes and failures along the way.

To say that foundational research is indispensable for scientific breakthroughs is fully compatible with promoting innovation. Both in Canada and in Israel, universities are helping students and faculty better understand needs in both the public and private sectors, and supporting their efforts to translate basic knowledge into applied breakthroughs.

Some of the most exciting steps involve training students to become the next generation of innovators. At Dalhousie University in Halifax, for instance, the "Starting Lean" program encourages entrepreneurial thinking in undergraduates – and now some of its graduates are joining the Canada-wide "Next 36" program, aimed at turning top students into future business leaders and innovators.

In Israel, Ben-Gurion University of the Negev's annual innovation day brings engineering students, business-school students, industry leaders, governmental figures and private investors for a full day of innovative scientific, technological and social project presentations, discussions, debates and business meetings. Students are exposed to the scrutiny and the opportunities of the world beyond academia, and industry can look for opportunities to take academic research to the next level of application.

Another dimension of constrained university budgets and the increasingly international scope of research is the need to collaborate. Because both Dalhousie and a group of Israeli universities, including Ben-Gurion, have maritime campuses, it made sense for us to partner in the development of a world-class marine science site in Eilat, on the Red Sea. This is expected to become an internationally recognized ocean studies centre that will attract and educate marine scientists from around the world while generating basic, applied and industry-partnered scientific advances.

The Canadian and Israeli governments, supported by philanthropists and industries, encourage such connections through the funding of collaborations that help researchers and their students pursue research initiatives across sectors and across borders. The need to understand massive, rapidly accelerating change is why advanced countries need to invest together in basic research and higher education. It will lead to future opportunities for industry and innovation.

New discoveries and applications, small or revolutionary, begin with basic research. From curiosity about glowing jellyfish to new tools for brain mapping – that's the path of innovation. And that's why universities and their partners must continue to nurture the essence of foundational research at the very beginning of the innovation continuum.

Opinion
Fix the link where science and policy meet
June 23, 2014 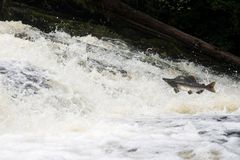