Ed Broadbent is the former leader of the federal New Democratic Party.

The federal NDP leadership race has started to ramp up. The vote isn't for seven months, so it's still early days. But three candidates are now declared, and more will come forward. I have no doubt that the final lineup will be impressive. Over the summer, they will have the opportunity to meet Canadians in all our joyful diversity. They will provide New Democrats and the broader public with a high level of debate and discussion on what social democracy can mean for Canadians.

All across the country, New Democrats will be following carefully what the candidates have to say before they cast their votes. Although I will be keeping my decision to myself, I do have a few suggestions.

Read more: Who's running for the NDP leadership? Read the list of candidates so far

Be bold. It is essential for the well-being of Canada that the NDP re-establish itself as the driver of political debate in federal politics. In the last federal election, the Liberal Party turned left in good measure because popular support was strong for the NDP and its ideas. In the 1990s, it was the resurgent right that the Liberal Party had in its rear-view mirror, and the creation of much of the inequality we see in Canada today is the direct result of the structural changes made by the Liberals in their austerity budget of 1995. Canada needs new, forward-looking policy ideas that make a practical difference in people's lives. In the pursuit of such policies, we must remember that if there's a middle class that the Prime Minister wakes up talking about every morning, there's also a working class.

Deal with inequality. While we see, almost daily, the narcissism and bigotry of Donald Trump in office – and we need to name this and stand up for what's right – we mustn't forget the pervasive sense of injustice among so many Americans, from Appalachia to Ohio and beyond, that led to his election. As was the case in Britain, where a majority voted for Brexit against the advice of party leaders and other "elites," millions in once stable democracies have accurately seen that their national economies have left them behind, while a small minority has moved even further ahead. In the words of a recent book title, they feel like "strangers in their own land."

Inequality is not new. It also existed in the postwar decades. The difference: In those years, the majority were making real gains. What's destabilizing for democracy today is that this is no longer the case – the majority are increasingly aware that they are being left behind. In the 1970s, we adopted the United Nations' International Covenant on Economic, Social and Cultural Rights, which was a call for more substance in social policy. We now need a renewed commitment to a more equal society to head off the spreading of disenchantment. We need this for Indigenous Canadians, for minorities, for women and for workers – including precarious and young workers – in our factories, offices and coffee shops.

Remember, forming government is the goal. Don't get caught up in the spurious debate so often found in the politics of the left. It is not the case that we must choose between bold policy ideas and ideas for winning elections. We need both. The great Tommy Douglas didn't become leader of the federal NDP to win debates. He left a highly successful premiership in Saskatchewan to pursue power in Ottawa. He brought with him the idea of making public health care a right of Canadian citizenship. He understood that aiming for a government based on principle should always be our goal. The more power in opposition, the more influence. The more influence, the more justice for Canadians. We got national health care in the 1960s as a result of this approach.

A strong majority of Canadians are progressive. I know this in my bones. I know it also from public survey data. They're with us on values. They're looking for new details on new challenges. They want a brighter, more just future. In this next phase of its history, the NDP must lead the way.

Opinion
Despite NDP claims, the B.C. budget does indeed look after seniors
February 23, 2017 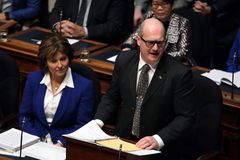 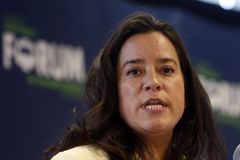