The proposal by the federal government to create a Canada Job Grant program for the unemployed has the provincial governments incensed, increasing the tension between Ottawa and the provinces. The Job Grant program – which is to provide money for unemployed Canadians to purchase job training courses – will only come into existence if the provinces agree. Right now, they are unwilling to co-operate with Ottawa's plan, fearing both a loss of autonomy and money.

Sorting out these roles and responsibilities and reducing intergovernmental friction that had built up over the years took a huge leap forward after the 1995 Quebec referendum. At that time the federal Liberals acknowledged that provinces carried the primary responsibility for the design and delivery of labour market programs, and agreed that the federal government would transfer money to allow the provinces to design and operate programs for Canadians receiving EI.

This took the form of agreements, negotiated and implemented one-by-one with each province and territory over a fifteen year period. These agreements transferred 3,500 federal staff and $2-billion annually from the federal government to the provinces and territories.

Each province was provided with considerable autonomy to design and deliver job training programs, often with the involvement of employers, unions, service delivery contractors and civil society organizations.

In their 2007 budget, the Conservatives offered to provide an additional $500-million to provinces and territories to support employment programs for people not in receipt of EI benefits: Social assistance recipients; immigrants; persons with disabilities; older workers; youth; Aboriginal peoples; and employed individuals who are low skilled.

The $2.5-billion provided each year by Ottawa comes with few strings attached, and little accountability. Provinces have resisted oversight of their programs and, until recently, Ottawa has been content to flow money with little requirement for evidence of results.

However, as part of the 2013 federal budget, Stephen Harper has reversed course. Despite having already agreed that provinces are best placed to design and deliver labour market programs, Ottawa decided to unilaterally transform existing agreements, and the millions of dollars, into the Canada Job Grant, which will target only highly skilled training.

In changing course, the federal government did not convene a federal-provincial conversation and commence dialogue. Rather it presented the new program as a fait accompli in the budget. This is partly why the premiers have rejected Ottawa's plan to fund jobs training.

A lack of federal-provincial-territorial dialogue on labour market matters is not new. However, high rates of unemployment in some regions, combined with skills shortages in some sectors, and the increasing use of temporary foreign workers, illustrate the need for governments to collaborate, rather than fight turf wars.

Ottawa must again acknowledge, and do so publically, that provinces are best positioned to manage training programs. Provincial governments understand the rapidly shifting needs of employers and can best ensure that job training programs fit with the demands of the labour market.

The provinces, on the other hand, must recognize that the federal government, as part of the EI program and also from tax revenues, has the money necessary to fund comprehensive skills training, and a responsibility to ensure that there is a pan-Canadian dimension to labour market policy. Along with this must come a requirement that provinces remain accountable to Parliament and citizens, for the effectiveness and efficiency of job training.

Mr. Harper has built his career on minimizing federal-provincial tensions, to the extent of even avoiding meeting the premiers. This strategy will not be effective when it comes to job training.

Our two orders of government are intimately bound when it comes to helping unemployed Canadians succeed in the labour market. Job training programs will only be effective – and future of prosperity of Canadians safe-guarded – when Ottawa and the provinces sit together and collaborate. The time left to do this is short, very short. 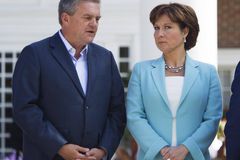 Analysis
Premiers to face off against Ottawa over 'flawed' job program
July 21, 2013 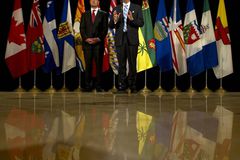