Canada has just spent $83-billion (!) on the biggest public-policy bet of this generation. The bet was lost, predictably.

On Thursday, the Health Council of Canada said what has been apparent for years now, but the truth was often too painful for people in authority to utter, or for Canadians to hear. Despite all that money, the council concluded, "the decade saw few notable improvements on measures of patient care and health outcomes, and Canada's performance compared to other high-income countries is disappointing."

The council continued: "Ten years of investments and reforms have resulted in only modest improvements in health and health care in this country, and an unfulfilled promise of transformative change."

"Transformative change." The words belong to former prime minister Paul Martin. He delivered them after signing a 10-year agreement with the premiers in 2003. Ottawa would pour money into the system and index the increases at 6 per cent yearly. This immense commitment would trump the call for more health-care spending contained in the Romanow commission's report of 2002. More money was needed to "buy change," that report had declared.

There was indeed more money – tens of billions of it – but there was little change. Mr. Martin would claim today that he had intended to meet yearly with the premiers after 2003 to monitor progress, or lack of it. Those meetings never happened. His Liberal Party lost the 2006 election, and his successor, Stephen Harper, had no interest in such meetings. Who knows? Maybe monitoring by the prime minister and the premiers might have done some good. Maybe not.

What we do know is that the Romanow diagnosis was largely wrong, at least the money part. A few skeptics said so at the time; everyone else bought into the "buy change" approach. Why not? Medicare was a national icon. A lot of people thought it was short of money, just as the Romanow commission had asserted. And all governments were in fiscal surplus. What better place to spend than on the icon?

Massive new spending brought improvements here and there, but overall, the Health Council of Canada is right in saying: "The experience of the last decade suggests that spending more money is unlikely to achieve the desired results."

Politicians, who kept repeating the beguiling falsehood that Canadians had the best health-care system in the world (wrong then, wrong now), delighted in bragging they were spending more money. Provider groups naturally loved more money being poured into the system, because big chunks of it would wind up in their pockets. This is precisely what happened and why so little actually changed. As could have been predicted, doctors, nurses and administrators were better paid for doing things in the same way they had before, a recipe for no productivity gain.

At least now, belatedly, the national conversation about health care will not be based on two false premises: that the system needs infusions of new money and that Canada has the best health-care system in the world. It's taken a decade to erase those premises, but better late than never.

For the past two years, as governments have coped with post-recession deficits, health-care budgets have come down fast. In Alberta, spending has dropped from yearly increases of 9.5 per cent to 3 per cent; in Ontario, it's down from 7 per cent to 2 per cent. Across the country, annual health-care increases are down from 6 per cent to below 3 per cent. (The trend is also showing up in the United States and Europe.)

The unanswerable question is whether this slowdown is temporary or permanent. Will there be, say, a five-year period of restraint followed by a rush to pour more money into the system in response to demands from nurses, doctors and patients? Or will serious change occur such that the system delivers better value at lower per-patient cost?

It's too soon to know which way the health-care future will unfold. What we do know is what not to do: Repeat the biggest public-policy bet of this generation. 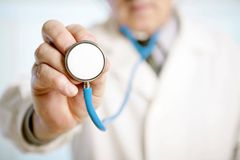 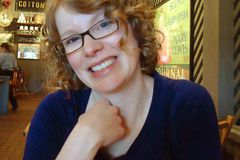