Dr. Sarah Hunt is a member of the Kwagiulth band of the Kwakwaka'wakw First Nation. She is an independent writer, researcher and advocate who has worked for more than 15 years on Indigenous anti-violence and justice initiatives.

Growing up on an urban reserve, I still remember my excited anticipation as the first day of grade 10 grew near – the friends I would make, the teachers I would have, the possibilities of the school year ahead. This is a feeling Tina Fontaine will never know, as her life was ended violently last week just before the 15-year-old was to head back to school alongside her peers in Winnipeg. Prior to her death, Tina had run away from her group home placement – a demonstration of resistance to a notoriously broken national child welfare system.

Tina was a member of the Sagkeeng First Nation but her loss is deeply felt beyond the local community, as her death is only the latest in the widespread brutality against native women and girls. While Canada might claim to be in an era of reconciliation with indigenous communities, the government's response to the deaths demonstrates an utter lack of respect for Indigenous people's lives. Justice Minister Peter MacKay's mere "prayers and condolences" are evidence that in the place of actual justice, the government continues to provide nothing but empty words with each new murder.

Although the Canadian Human Rights Commission and many others have called for a national inquiry into the root causes of this violence, I remain unconvinced as to its merits. While the government's refusal to hold an inquiry clearly demonstrates its inability to take our lives and our deaths seriously, this is not necessarily the route to real change. The inquiry into police misconduct in serial killer Robert Pickton's murders demonstrated just how limited such inquiries can be, as voices of community stakeholders were shut out of the process. Known by some as "the sham inquiry," the investigation became yet another level at which indigenous voices are marginalized while police lawyers reaped a huge paycheque over the many months it took to complete. While the recommendations of the inquiry are applauded by some, there is no real mechanism for turning them in to action.

So what is the government taking action on? As Mr. MacKay stated in his response to Tina's death, the government sees aboriginal justice initiatives (aimed at aboriginal offenders) and a national DNA database for missing persons as appropriate measures. I would argue that these efforts serve to distract from root causes by focusing on indigenous people themselves as the problem.

This sentiment was reinforced when Winnipeg police Sgt. John O'Donovan stated that Tina didn't realize "the danger she was putting herself in." What danger is this? The danger of living in a society that condones violence against indigenous women, where killers face few deterrents, and where missing women are blamed for putting themselves "at risk."

Surely tracking indigenous girls' DNA so they can be identified after they die is not the starting point for justice. Indigenous women want to matter before we go missing. We want our lives to matter as much as our deaths; our stake in the present political struggle for indigenous resurgence is as vital as the future.

So do we need an inquiry?

An inquiry will only help if it has action attached and if it shifts power into the hands of indigenous women, meaning it is led by indigenous women. Such a process will only be meaningful if it has the scope and power to illuminate the multi-layered systemic failures which contribute to this relentless violence. Working across jurisdictional divisions and levels of governmental responsibility in the child welfare system, the justice system, the education system and the systems of transportation and housing, we need to find some semblance of accountability toward indigenous girls and women.

Accountability means supporting existing anti-violence measures already being initiated by indigenous communities. These include rite-of-passage ceremonies to restore honour for young women, the Moosehide Campaign in which native boys and men take on culturally-relevant responsibilities to end violence toward women, and mentoring between girls and women which fosters the resurgence of women's cultural roles at a local level. Organizations such as the Native Youth Sexual Health Network must also be supported in their powerful educational work by and for native youth. Accountability means supporting indigenous visions of justice, restoring our humanity and upholding girls' resistance and leadership.

Treating our deaths as unremarkable is a form of violence that needs to stop along with the murders themselves. Taking steps to end the violence now is the only route to justice. 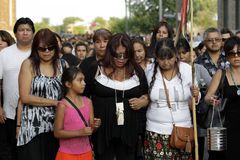 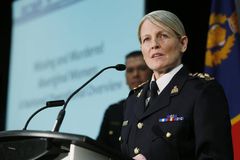 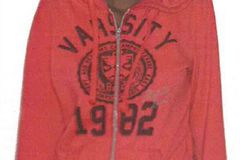 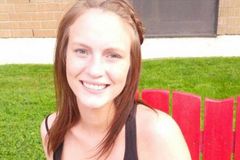