Parliament will get back to work on Monday and the government will finally be forced to make some hard choices after a pleasant honeymoon. It will make good decisions and bad as is usual, but there is one area it should totally avoid – constitutional swamps. These are dangerous domains, full of unintended consequences lurking like hidden alligators to attack the novice explorer. Such places should not be entered without absolute need.

Prime Minister Justin Trudeau, for all his charm, is that novice explorer and has opened entry points to three swamps of great danger and little potential reward: electoral reform; the UN Declaration on the Rights of Indigenous Peoples (UNDRIP); and the composition of the Supreme Court. Each topic is of just-about-zero interest to most people. But over the decades, these issues might trump everything else.

So here is a bit of prime ministerial advice for the path ahead.

Swamp No. 1: Electoral reform. The Supreme Court has developed a concept of "constitutional architecture" to describe informal elements of our basic law – the rules of the game, if you will. The electoral system is a keystone, a constitutional pillar. It is the fount of legitimacy and the essential buttress of public trust. We empower our representatives to act on our behalf in matters of great importance, because we have chosen them by election.

If you want to change the rules of the game, you are wise to seek the assent of the players. The owners of the Constitution, of the basic law, are the people. Politicians are not the owners; they are mere agents, of passing power and importance.

In our representative government, Canadians elect some people to become expert and make decisions for us. That is fine for most things. But when our representatives are in a conflict of interest – in determining how they get and keep their jobs – they must not make the final call.

Mr. Trudeau, avoid this swamp. Your committee on electoral reform, if it has sense, will advise you to take time and do it right. Forget the promise of making a change by the next election. Set up a citizens' assembly to study the issue; if they develop a model for change, put it to a referendum. Nothing to lose; much to win.

Swamp No. 2: UNDRIP. Don't go there. The 2007 United Nations' construct is a muddy thing full of problems, without even any definition of "indigenous." Because our Supreme Court has developed a doctrine of incorporating ratified international human-rights documents into our law, ratifying UNDRIP would lead to even more chaos in our painfully constructed law to date. Almost all non-conflicted experts agree. We have nothing to learn from a UN body that was dominated by the world's serial human-rights abusers. Do not proceed with the formal adoption of UNDRIP. Keep it "aspirational" and nobody will hate you but the aboriginal bar.

Swamp No. 3: Supreme Court appointments. The top court can, and does, make law. In many cases the elected Parliament cannot overrule the court, and even when it can (via the "notwithstanding clause") it never does. Next to the prime minister, these judges are the nine most important people in the country. Be careful in choosing them; they are there for a long time.

A new, more "transparent" process is to be initiated for appointments, with more "diversity." Who could be against that? But may I point out one thing? The new requirement is that any new member of the top court be "functionally bilingual," a description that likely applies to about 20 per cent of Canadians. Do you really want to exclude the vast majority of Canadian lawyers, especially Western ones, from being eligible for the high court? (Many respected past jurists were not bilingual when appointed.) Send the new folks to language school, if needed. We are not the sort of country, or should not be, where you had to grow up in the right part of town to have a chance to get to the top. A lot of people feel pretty keenly about this.

Make whatever mistakes you like on legislation and budgets. Every government does, and they can be fixed next year. But all Canadians have to live with constitutional mistakes, perhaps forever. We are entitled to great care. 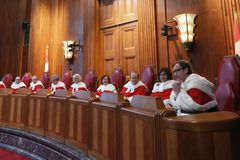 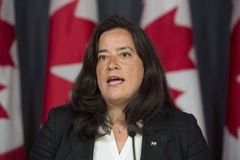 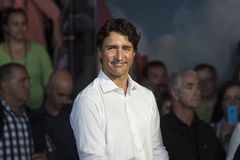