As the saying goes, "You could have knocked me down with a feather!" On two consecutive days recently, the concept of the sacred was featured (not merely mentioned) in Globe and Mail articles. What's going on?

On May 8, Neil Reynolds (Why The 'Sacred' Still Matters) commented on psychologist Jonathan Haidt's new book The Righteous Mind: Why Good People are Divided by Politics and Religion. Mr. Reynolds explains that Mr. Haidt believes that conservatives possess " 'a broader set of moral tastes' [than liberals]and are able, in appealing to the public, to tap a richer moral lexicon [which includes the sacred]"

In contrast, Mr. Haidt found that many liberals are embarrassed by talk of sacred things. In this regard, Mr. Reynolds notes the opposition's outrage and panic "a couple of weeks ago when the government permitted a … House of Commons debate on the sacred nature of life itself." That was connected with MP Stephen Woodworth's private member's motion to set up a parliamentary committee to examine whether an unborn child is a human being.

According to Mr. Haidt, tribal responses are what politics is all about. "The key to understanding tribal behaviour is not money, it's sacredness." Humanity's "great trick," he says, is an ability to gather round a tree, a rock, an ancestor, a flag, a book or a god, and then to treat that thing as sacred.

We might or might not agree with this definition of sacredness, but the important point here is the recognition of the role of the sacred.

On May 9, Lynn Crosbie employed the concept of sacredness in reviewing the forthcoming film What to Expect When You're Expecting (Who Needs Moms When You've Got Babies), which follows five couples expecting a child "and their journey towards 'the miracle' and 'the glow' " (words with strong religious connotations).

Ms. Crosbie tells us that the film's focus – "and this constitutes a true dramatic shift" – is on the babies. "Then the men [the fathers] and finally, the women." Expecting is an important film, she says. "Moving the notion of the sacred, glowing miracle to the child itself, and out of, and away from the formerly sacred mother/vessel is a quantum leap in pop culture. As Simone de Beauvoir argued long ago, we do not make babies. They make themselves inside of us – a radiant feat indeed. Bringing the fathers on deck is huge as well."

So where might this resurrection from the dead of the "sacred" lead, and what questions does it raise?

I suggest a shared concept of the sacred allows us to bond to each other, as is evident in the origin of the word religion, which comes from the Latin religare, to rebind.

That could allow far more of us to bind together, to experience transcendence – the feeling of belonging to something larger than ourselves – and in doing so, help us to find more shared ethics.

The secular sacred could also help to balance the intense individualism that has dominated our values and contemporary societies, but which many people, especially young people, are seeking to moderate with stronger feelings of responsibility to a community of which they are a part.

My idea of the secular sacred has met with opposition from both sides. Those who are religious have accused me of profaning the sacred, indeed destroying it, because the concept doesn't require a belief in the supernatural or adherence to a religion, which they see as essential attributes of the sacred. But I'm not, in any way, meaning to diminish the importance of the religious sacred to those who hold such beliefs.

Those who are not religious have attacked the concept on the basis that it's quasi-religious and its acceptance amounts to imposing religion on them. As one of my students said, "You might be onto something important when both sides disagree with you."

Treating something as sacred means it deserves deep respect. The natural and nature, and life, are among the things we regard as sacred, as our concern about the environment shows. We don't exchange sacred elements for money; they are priceless, and so we don't sell human organs, for example.

Those whose source of ethics is God or God-Nature (God and His creation, including humans) have a concept of the religious-spiritual sacred and accept that certain moral and ethical principles flow from that as to how they should act toward God and God's creation – other humans, other animals, all forms of life, the natural world.

Those whose source of ethics is innate human morality have a concept of the secular sacred, and certain moral and ethical principles that should be respected and should govern our conduct flow from that. For instance, they will accept that certain aspects of life are sacrosanct and that not everything that can be done to life, in particular, human life, may ethically be done to it.

Where we can find more consensus on values and ethics than we presently have is where the religious sacred and the secular sacred overlap.

For both groups, the authentically sacred might often be experienced, and as a result identified, in a sense of wonder and awe. What we regard as sacred is often associated with that which elicits feelings of awe and wonder, that "primordial sense of amazement."

Finally, we should all ponder the question novelist Carol Shields puts into the mouth of one of her famous characters, Larry, a middle-aged Canadian: "What will happen to a world that's lost its connection with the sacred? We long for ecstasy, to stand outside of the self in order to transcend that self, but how do we get there?"

My answer to Larry's question is that we run a very serious risk of ending up with a world in which no reasonable person would want to live. Perhaps the reason young people – and The Globe – are resurrecting the sacred is that they have sensed that. Hope springs eternal. 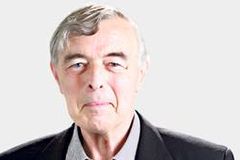 A pregnancy flick where the moms are incidental
May 8, 2012 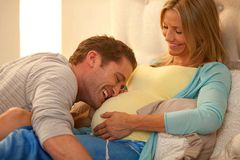