Michael Bell is an adjunct professor of political science at the University of Windsor, and also teaches at Carleton University. He served as Canada's ambassador to Jordan, Egypt and Israel.

The massacre at the headquarters of the French satirical magazine Charlie Hebdo and the terror killings at a Jewish kosher supermarket in Paris last week are game-changers on a global scale. Our reaction will determine the values by which we live the rest of our lives.

They will aggravate already massive discordance in the Arab and broader Muslim world. Minorities in the Middle East will feel themselves at still greater risk.

These acts will confirm to many Israelis that despite their military prowess there remains an existential threat to the Jewish state. They will reinforce belief that a Palestinian state in the West Bank and Gaza, however benign in principle, will be unable or unwilling to control extremists in their midst. They intensify the spectre of anti-semitism.

They will lead governments, including ours in Canada, to adopt increasingly tough measures in dealing with such threats.

We can therefore expect, and indeed require, still more enhanced security measures and tighter legislation, whatever we might otherwise choose. There is substantial criticism that French authorities failed their nation because they were slack, more probably because their existing resources were stretched thin in the face a mushrooming population of domestic jihadists.

Western immigration policies will be tailored to beat the odds that jihadists, however small their absolute number, may find entry among the general Muslim population wishing to migrate.

Within this threat, however, we need to distinguish between three specific but dissimilar security challenges, each calling for its own particular response. It is critical that we differentiate between them, although the latter two in particular constitute primordial threats.

First are the actions of unstable individuals, lone wolves, outcasts, unable to to cope with society as was the case with Michael Zehaf-Bibeau, the murderer of Cpl. Nathan Cirillo in Ottawa. Mr. Bibeau was a habitual offender, a drug addict, an individual with mental issues, attracted to Islam as a solution but without any kind of organizational support.

Second, there are the actions of jihadist terror cells bound into and recruited by networks such as al-Qaeda in the Arabian Peninsula, as with Charlie Hebdo: well planned, trained and armed, operating within a broad self-sustaining network, masterminded by often brilliant if malevolent leadership who remian in relative safety in far-off in places such as Yemen, their goal to destabilize and intimidate the international community.

Third, in contrast to the second, is the Islamic State (ISIS) apparatus with a far different if equally brutal strategy. They seek the creation of an Islamic caliphate within the fault line stretching through Iraq and Syria to Lebanon. Their recruitment of sympathetic foreigners is heavily weighted toward the creation of self-sustaining entities within the Middle East itself. For them to be drawn into al-Qaeda's tactics would only weaken their quest for the ultimate prize: a Caliphate acros this territory.

Responses to each of these challenges must necessarily reflect this complexity. There will be a difficult mix: police work for isolated loners; intelligence and covert action for the terror cells of al-Qaeda; and dramatic military action in the air and possibly on the ground to confront the Islamic State apparatus.

Once we get beyond the horror of it all, the agenda will be full as we struggle to protect ourselves. To meet this challenge we must be tough but stay committed to our foundational values. In Canada, we are instituting a de facto system of exit controls as with the arrest in Montreal this week of two Ottawa brothers as they allegedly tried to board a flight to join terror central in Syria.

That said, Western overreaction is precisely what the fanatics in league with the Paris perpetrators want: that we limit our own freedoms and thus give jihadists legitimacy and victory.

These considerations must be sine qua non for the forthcoming Washington "terror summit."

Opinion
Paris killers are also traitors to our core democratic values
May 12, 2018

Opinion
In France, legitimate ridicule. On Facebook, outright hate
May 12, 2018 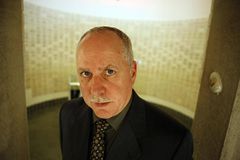 Opinion
Europe threatened by its own ‘clash of civilizations’
May 12, 2018