You could hardly say that anything good came out of the mass slaughter at a concert in Las Vegas last weekend, especially considering the numbing arguments about gun control, so familiar from the last slaughter, that ended up circling the drain.

But tiny slivers of light were provided by the people who obeyed their best instincts in an unimaginable situation, as people usually do. Some of those stories caught the public's attention and caused readers and listeners to stop what they were doing and choke up, and think, for a moment, about what they might have done.

Bartender Heather Gooze, her voice shaking with emotion, talked to CBC's As It Happens about how she stayed with British Columbian Jordan McIldoon after he died, because she knew his family would not have wanted him to be alone. And in The Washington Post, Kody Robertson told the story of how he had met and befriended Michelle Vo at the concert as they talked about how much they loved golf and how he had tried and failed to save her after she was shot.

Those human stories are the very core of journalism, its spine and its heart. Any reporter will tell you that a policy story, no matter how important, will never get the traction of a story with an actual person at its centre. Every day, we ask these strangers to tell us their stories and they do and we rarely stop to thank them. I mean, we do thank them, in person and via phone and e-mail, but seldom do we acknowledge how crucial they are to what we do.

I've sat with people who told me about their alcoholism, their broken families, their suicidal loneliness, their decision not to have children. I talked to a guy in Inverness about how hard it was for a Scottish man to admit he lived with depression, but he did it anyway, because he thought it might help someone else down the road. I watched a 92-year-old Canadian army veteran weep over a comrade he was unable to rescue 65 years earlier. He spelled out his friend's name so that I would get it right; he was not ashamed of his tears. These people didn't have to share those stories, but they did anyway, and I was grateful every time.

People have told me about their feuds with their children and the prices they paid for their houses (in Toronto, this is real intimacy.) An aging film actress in Hollywood revealed that she had started a phone-sex line to makes ends meet, and periodically left our interview to take calls. To be honest, there have been times when I thought: Are you sure you want to share this? I'm not sure I would, if the situation were reversed. But they do it, even if it brings them little reward, because they want their experiences to ripple in the world. When policies and beliefs change, it is often because people were brave enough to share stories of those they had lost to suicide, violence, addiction.

Do we take enough care with their stories? I don't know. I'm never sure I do, although I try. I do my best to understand the person behind the story, but you are only ever revealing a frame or two of someone's life, never the totality. Complexity and nuance can be left on the cutting-room floor. There are likely few journalists alive who have not grappled with Janet Malcolm's notion, laid out in her book The Journalist and the Murderer, that every reporter is a con artist and every subject a dupe and the relationship between them is transactional and corrupt.

In fact, the relationship can be transactional but mutually beneficial. Our industry would not survive without people's stories and the stories that are important to them might not otherwise be amplified. The amazing thing is that, as public trust in the media wavers, people continue to trust journalists with secrets they might not tell their loved ones. Approach someone on the street and ask for a reaction to some news event, and in my experience that person will almost always say yes. Ask to be invited into someone's home to observe their lives and the door will open. Ask an expert for her time, and even when she knows that you'll turn her years of painstaking research into two paragraphs halfway down a story, she will say yes. These small acts of generosity and trust, taken together, build a bridge.

Yet, as a profession, we are not particularly good at thanking the people who help build those bridges. Over the years, I have lost count of how many people I have interviewed, from translators of Klingon to cowboys to quietly heroic parents living with sick children. Thousands of people, certainly. Each of them offered a story and wanted nothing in return. So on Thanksgiving weekend, I'd like to say thanks for those stories, and my career. 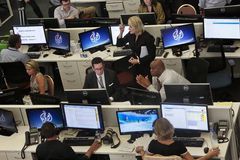 Opinion
‘Fake news 2.0’: A threat to Canada’s democracy
May 28, 2017
Follow Elizabeth Renzetti on Twitter @lizrenzetti
Report an error Editorial code of conduct
Due to technical reasons, we have temporarily removed commenting from our articles. We hope to have this fixed soon. Thank you for your patience. If you are looking to give feedback on our new site, please send it along to feedback@globeandmail.com. If you want to write a letter to the editor, please forward to letters@globeandmail.com.
Comments