We all know by now that the new American President is fond of declaring things unfair. The Nordstrom department-store chain treated his daughter "so unfairly."

The media coverage of his disgraced national-security adviser's resignation was "very, very unfair." In fact, Mr. Trump's media relations consist mainly of complaining about unfair coverage from what he is now calling "fake media," as if The New York Times, Washington Post and Wall Street Journal were figments of the imagination.

Andy Borowitz at The New Yorker nailed it: "Trump Says He Has Been Treated Very Unfairly by People Who Wrote the Constitution."

"Unfair" joins "sad" and "beautiful" as one-word spells to conjure the spectre of the Orange Potentate, indispensable when satirizing his tweets and tics, alongside the accordion hand gestures and petulant grimace.

A rational observer could point out that there is nothing unfair about a retailer dropping an underperforming product line, or about the ouster of a self-important ex-general with a record of mendacity. As for media coverage … well, I don't have that much space. Naturally, Mr. Trump's invocations of unfairness are not rational. They are expressions of pique when things do not go his way, designed to elicit agreement from supporters. This is sandbox rhetoric, a child's boo-hoo lament.

That's an insult, but a fair one, because it's rooted in verifiable reality. Mr. Trump's reliance on charges of unfairness, although bizarrely detached from that same reality, makes a point worth exploring.

Sigmund Freud, in Civilizations and Its Discontents, argues that sibling rivalry is where the cry of "unfair" is first heard – a fact that any parent and most children will immediately endorse. "That's not fair! Mom!" We should take this infantile outrage seriously, Freud says, because it's the origin of more sophisticated claims against unjust treatment. Sometimes justice is most present in its absence: We voice mature political indignation when we feel the insult of bogus unequal treatment.

And so, fairness enters decisively into many aspects of human action, from team games where the sides have the same number of players and equal conditions of play – the celebrated "level playing field" – to notions of equality before the law and one person, one vote. Players who seek advantage through drugs, play-stealing or deflated footballs are cheaters; they dishonour the game and we should all be furious at their lack of integrity – even if they win. Politicians who twist fairness are blights on the system, and must be denounced as such.

The essence of fairness is that it is applied without favour. So a blind procedural mechanism is often most effective. Consider siblings again: If there is some pie to be divided between two hungry brothers, the best way to generate fairness is an ironclad "cut first, choose second" policy. Our intuitions about fairness can even be elevated into a comprehensive theory of justice, such as John Rawls's influential "veil of ignorance" thought experiment. Here, society's basic structure is arranged by people who don't know who, in particular, they are; their sole rational choice is a scheme of distributive fairness, where inequalities are accepted only if they make everyone better off.

I doubt that Mr. Trump has read any Rawls – sad! – though I bet he has cut some pie in his time. His ritual abuse of fairness ranks low on the roster of enormities we've witnessed these past few weeks, somewhere above the Twitter typos, say, but below the possible nuclear peril. Yet this tendency goes both to the core of the President's volatile personality and hints at the chaos that a demonstrably unhinged world leader could unleash.

Mr. Trump is not all that different from other thin-skinned, overprivileged and narcissistic people. Nothing is ever their fault, critical motives are always dark and failures to acknowledge their excellence are jealous, never factual. The obvious difference is that few, if any, command Mr. Trump's global field of fire.

The writer Andrew Sullivan argued recently that Mr. Trump is mentally unstable and should be removed from office. Count me in, on philosophical grounds. Anyone who mangles the concept of fairness so brazenly is supremely dangerous to the values of any liberal democracy – not to mention every football game. 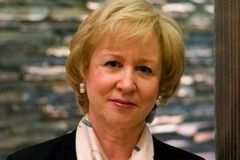