Don't try making sense of the U.S. health-care debate, because there is no sense to it.

Canadians often make the mistake of viewing U.S. health care through the prism of our own (semi-) universal system, where everyone gets treated more or less in the same fashion. The concept of one-size-fits-all health care is antithetical to the ethos of life, liberty and the pursuit of happiness. Americans see health care as a status symbol, like big houses and expensive cars.

Even most Americans who support some form of public health coverage for the poor shudder at the thought of a Canadian-style system where everyone waits in the same line and no one, regardless of income, gets to jump the queue. That's fine for "other people," but not them.

Trumpcare: A play in three acts

Americans traditionally shopped for health insurance – or jobs that provided it – the same way they shopped for anything else. It was long the feeling that with hard work came better health insurance that offered privileged access to top-ranked doctors and hospitals. But this aspect of the American Dream, like all the others, has become increasingly elusive.

Employer-provided private insurance is still the most common type of health coverage in the United States, with about 156 million Americans depending on it. But while this figure has remained constant in recent years, the number of Americans who depend on publicly funded Medicare (for seniors and the disabled) or Medicaid (for low-income earners) has been growing rapidly. More than 120 million Americans now depend on those two programs alone, while millions more military veterans and children are covered under other public schemes.

So, the truth is, the U.S. health-care system is really a public-private hybrid. The nearly $9,900 (U.S.) in per capita U.S. health-care spending in 2016 was split almost equally between private (51 per cent) and public (49 per cent) funding sources. In Canada, about 70 per cent of the $4,643 ($5,883 Canadian) that we spent per capita on health care last year came from governments.

Yes, Canada spends roughly half as much as the United States on health care, yet has comparable or better outcomes on most health barometers. I told you there was no sense to it. Administrative costs alone, resulting from a labyrinthine payments system involving countless insurers, suck up twice as much spending as under a typical single-payer system. But that's not the end of it.

The widely accepted view that more care is not necessarily better care has yet to penetrate the American psyche. Those with good insurance use it to the max. Doctors and hospitals are complicit in this overconsumption, treating the well-insured as cash cows.

Americans, notes U.S. economist Tyler Cowen, "seem to mentally treat a lot of health care as similar to personal consumption. They may want a particular doctor, or a sufficiently comfortable hospital, the latest technology or the very best prescription drug to make them feel better as quickly as possible. As a nation, we are relatively intolerant of long waits, and we're not sufficiently focused on the long-term solutions of exercise and good diet. We love the quick fix, we want it on our terms and we hate being told no."

Millions of working-poor and hard-to-insure Americans long fell through the cracks of this health-care system built for the rich. Former president Barack Obama came up with a partial solution to this national disgrace. But Obamacare's fatal flaw is that it aims to get private insurers to act like public ones by government fiat. It has created more losers than winners.

Still, what it provides its 20 million-odd beneficiaries is indispensable. Republican attempts to "repeal and replace" Obamacare, amid the clueless rantings of President Donald Trump, demonstrate the GOP's intellectual and moral bankruptcy. After years of vowing to replace Obamacare with a cheaper and better alternative, all Republicans have come up with is a cruel bill to slash Medicaid, cut health subsidies for the working poor and abolish Obamacare taxes on the rich. Luckily, there are still a few GOP senators with enough of a conscience, or enough working-class voters in their states who depend on Obamacare, to prevent this bill from passing.

Earlier this year, the Pew Research Center asked this question: "Is it the responsibility of the federal government to make sure all Americans have health-care coverage?" Eighty-five per cent of Democrats said yes, compared to 32 per cent of Republicans. Among Republican voters earning more than $75,000 [U.S.], only 18 per cent said yes. That pretty much tells you all you need to know. 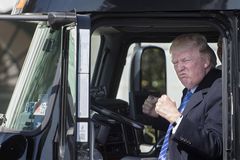 Opinion
Dental care is a right – not a luxury
July 22, 2017
U.S. Senate Republicans complain of chaos in effort to repeal Obamacare
July 20, 2017
Follow Konrad Yakabuski on Twitter @konradyakabuski
Report an error Editorial code of conduct
Due to technical reasons, we have temporarily removed commenting from our articles. We hope to have this fixed soon. Thank you for your patience. If you are looking to give feedback on our new site, please send it along to feedback@globeandmail.com. If you want to write a letter to the editor, please forward to letters@globeandmail.com.
Comments