In a welcome sign of renewed American emphasis on Asia, Barack Obama begins a trip next week that will take him to Japan, Singapore, China and South Korea.

Clearly, the China portion is extremely important since co-operation between Washington and Beijing is increasingly essential to the resolution of major issues ranging from climate change to Iran's nuclear ambitions, from the global financial crisis to a nuclear-free Korean Peninsula.

The Obama administration has tried to ensure a favourable environment for the China talks. The President departed from tradition by not meeting the Dalai Lama when the Tibetan leader was in Washington last month. He has also refrained from announcing arms sales to Taiwan. But it's unclear if such measures will ensure a successful outcome in Beijing, especially in terms of improving military ties.

After all, it will not be possible for Washington to keep pleasing Beijing. When it was disclosed that Mr. Obama plans to meet the Dalai Lama after his China trip, the People's Daily ran an online commentary headlined, "Meeting with the Dalai Lama should be deterred, not just deferred."

As for relations between the U.S. and Chinese militaries, Defence Secretary Robert Gates called for lasting dialogue rather than "on again, off again" talks while welcoming Xu Caihou, vice-chairman of China's Central Military Commission.

The reason for the intermittent nature of the relationship is that, every time the U.S. announces arms sales to Taiwan, China suspends the military dialogue. This happened last October when the Bush administration announced a $6.5-billion package to Taiwan, and it has taken a year for the two sides to get back to where they are today.

In a speech at the Washington-based Center for Strategic and International Studies, Mr. Xu called on the U.S. to abide by its deals with China, citing a 1982 accord in which the U.S. said it "intends to reduce gradually its arms sales to Taiwan, leading over a period of time to a final resolution."

The U.S. has cited the Taiwan Relations Act, passed by Congress in 1979, which commits Washington to "make available to Taiwan such defence articles and defence services in such quantity as may be necessary to enable Taiwan to maintain a sufficient self-defence capability."

Beijing has said this is a domestic law that should not supersede an international agreement. In the U.S., however, domestic law has a higher legal status than accords signed by the executive but not ratified by Congress.

As China rises economically, politically and militarily, it is becoming increasingly important to America. The relationship has been described by Mr. Obama as the one that "will shape the 21st century." That means Beijing is in a position to make Washington pay an increasingly steep political price each time it makes an arms sale to Taiwan.

This is an issue where China can take the initiative. If Beijing creates an environment in the Taiwan Strait in which the U.S. feels that Taiwan is not under threat and in which Taiwan itself feels no need to acquire American weapons, the problem will solve itself.

In the 18 months since Ma Ying-jeou became president, tensions in the Taiwan Strait have decreased substantially. Taiwan and the mainland have signed a plethora of agreements on such issues as air and shipping links and tourism. The signing of an economic co-operation framework deal, expected early next year, will be another step forward.

But the bottom line is whether there is a military threat to Taiwan. And so far, the answer is yes. Instead of reducing the number of missiles targeting Taiwan along the Chinese coast, Beijing has substantially added to the number.

China may think it needs to keep the stick while offering carrots to Taiwan. But the stick at this juncture is counterproductive. If China were to simply remove the stick, it would find Taiwan much easier to deal with. And its key problem with the U.S. will wane as well.

Frank Ching is the author of China: The Truth About Its Human Rights Record.

Opinion
Why Hong Kong's getting with the five-year plan
December 22, 2009 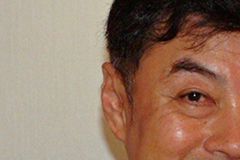 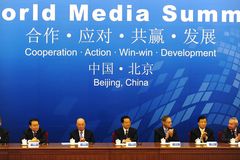