The boys get together every Thursday afternoon, for coffee at Glad Day, the iconic gay bookstore that has reinvented itself as a café and unofficial community centre on Church Street in the heart of the Gay Village. There are a dozen of them – this day, most in their 60s and 70s – and, provided no names are used, they let a visitor join them to talk about how their village has changed, almost beyond belief.

It used to be, they reminisce, that if you wanted to meet a guy, you went to one of the bars. Maybe you ended up at a bathhouse.

But now that Bruce McArthur has been charged with the murder of five men, with more charges possibly yet to come, they wonder whether it's safe.

Maybe people will start going to the bathhouses again, one of them hopes, and everybody laughs.

Church Street, one of the most vital gay villages in the world, is being transformed – by gentrification, by technology, by social progress. The discovery that an alleged serial killer targeted gay men, some of whom frequented the village, represents a dark inflection point in that transformation, a moment to pause and look around, to wonder what's happening and what's to come.

"It certainly has become an event," says Tim McCaskell, a veteran community activist. "People are going to talk about what they did before and what they do after. It will certainly be part of Toronto queer history." That history is a compelling tale still being told.

Toronto east of Yonge Street had always been a bit rundown and red-light. In the 1970s, young gay men began coalescing around Church Street, attracted by low-rent apartments and to one another.

They bonded more tightly in the 1980s, under assault from the AIDS epidemic and people who blamed them for the spread of the disease. The heyday of Church Street might have come in the 1990s, as safe-sex campaigns and anti-retroviral drugs lessened the AIDS threat and society became more accepting of the LGBTQ community.

The village emerged as an essential element in the personality of downtown Toronto – a hub of nightlife and daylife, the sidewalks crowded in the evening and at brunch, the bars and restaurants and clothing stores and sex shops thriving, straight couples on a Sunday afternoon pushing strollers past the leather men and drag queens recovering from the night before, lesbians and trans people increasingly fixtures as well – although they searched with mixed success for a bar or club they could call their own – and with all the world, it felt like, jammed into a few blocks for the Pride parade.

The village is all that still. But things have changed. Gentrification pushed the rents past what younger queer people could afford. Cheap flats gave way to high-rise condominiums that encroach by the year. Now, the village is more a place you go to, and less a place you live in.

Increasing social acceptance of the queer community has, counterintuitively, not been good for Church Street. In the past, gay people hung out together for protection – from homophobic thugs, and from the cops, who too often viewed the LGBTQ community as a perverse and disreputable subculture.

It used to be "the only part of the city where two men could dare walk down the street holding hands was on Church Street," Mr. McCaskell recalls. "Everything else was just too dangerous." In today's Toronto, anybody can hold hands anywhere.

Every establishment, by law, is queer-friendly. There is a second village developing on Queen Street West. LGBTQ Torontonians now live wherever they want in a safe, open, welcoming city. This is great, of course, but it weakens the cohesion of Church Street.

Dating and hookup apps have also not been kind to the village. They're "a very efficient sexual delivery system," observes Ed Jackson, a veteran LGBTQ activist and historian.

"You don't have to go get drunk in a bar and hope you meet someone," he says.

Bars have closed, and bathhouses. Despite, or because of, the high rents, there are more empty storefronts on Church Street than there used to be.

Mathew Gagne, 35, is working on a PhD at the University of Toronto on how technology interacts with queer culture in the Middle East. He worries about what these changes will mean for the more marginalized members of the community – street people, racial and gender minorities, women, people whose lives are shaped by the intersection of these and other realities.

And now comes the trauma of the killings, which has left people in the village angry at Toronto police, who seemed reluctant about fears that a predator was at large within the gay community.

One of the guys at the coffee klatch wonders whether police are as concerned as they should be about missing people who are dark-skinned, which most of the victims were.

"It depends on what colour you are, how you are viewed by the police," Mr. Jackson believes. "If you are black, if you're brown, you really do have a different experience."

If evidence accumulates that Toronto police ignored warnings that might have led to an earlier arrest, and even saved lives, expect calls for a public inquiry.

But no one believes the killings will keep people away from the village, which has plenty of life in it still, despite gentrification and the apps.

"Apps don't relieve us of the need to find physical spaces to meet, to connect," says Catherine Jean Nash, a professor at Brock University who studies how sexual-minority communities evolve and move about.

"To sit in a place, have a coffee, read a book and know that the vibe around you is your people … you need those physical spaces."

Queerness must manifest itself in a place, Mr. Gagne believes. "Even the younger people, as they're emerging, will always have a sense of the village as 'the village.'" 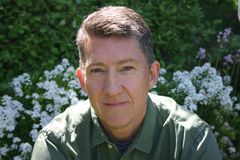 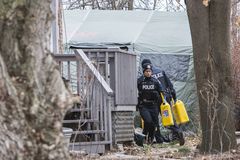 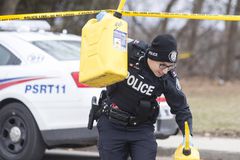