Bill de Blasio, the newly elected mayor of New York, rode to office on the phrase "a tale of two cities," reflecting the stark divide between the ever-growing fortunes of the super-rich and the sagging conditions of everyone else.

Rob Ford rose to power on the basis of the very same divide – in Toronto's case, between its so-called downtown elites and its struggling suburban everymen.

But Toronto must deal with an even larger schism, the one that divides its booming 21st-century economy from its outmoded growth model and system of governance. It is this – not Mr. Ford – that poses the most serious threat to Toronto's continued prosperity.

Toronto's dysfunctional politics have turned it into "an expanding hot mess," as the city's own Stephen Marche put it this week in The New York Times. Toronto is as big and prosperous as Hong Kong or Singapore; the Greater Toronto Area's economy is as big as Sweden's. Greater Toronto has greater concentrations of high-paid jobs in the key sectors of business and management; in computer, life and physical sciences; and in arts, design, media and entertainment than New York. Most of all, people are voting with their feet to live here – at a rate of 100,000 or more per year. The University of Toronto graduate students I teach come from all over the world. More than 90 per cent of them are choosing to stay here.

But Toronto has reached a true inflection point, and the problem is not high taxes or fiscal profligacy, as many have framed it. In fact, Torontonians have a property tax burden that's among the lowest of all the large cities in the U.S. or Canada. Toronto's biggest problem is its growth model, which has far outlived its shelf life.

When a city region like Toronto – or Atlanta, Washington, Dallas or Miami – hits the 5.5 to six million mark in population, it can no longer grow based on cars and sprawl. It has to grow upward as well as outward and has to become much more oriented to transit. Most cities fail to make the required investments and their growth stalls and falters. The truly great cities are able to invest in ways that change their growth trajectory. This is what New York did more than a century ago when it built its rail and subway lines. That's what Toronto needs to do now if it wants to achieve its ambition to become a truly global city.

To do so requires not just massive investments in transit, but more flexible building and zoning regimes that promote greater density at the core and in the suburbs alike. The dysfunction in the mayor's office means that all this is being put on the back burner.

And then there is the deep and fundamental problem of the growing geographic inequality that produced Mr. Ford in the first place. Paradoxically, it is the product of the very same forces that brought it such unprecedented prosperity.

As companies, jobs and people cluster in cities, areas of concentrated advantage and concentrated disadvantage grow side by side. Affluent neighbourhoods, like many in and around Toronto's downtown, have better schools and more cultural amenities, which in turn are productive of more economic growth. Poorer neighbourhoods, such as Rexdale, in Rob Ford's Etobicoke – have attributes like low education, endemic unemployment and high incarceration rates that intensify their distress.

Toronto does not just need a new and better mayor to save it. It needs a new governance system that is adequate to the new challenges it faces. Part of that is clear recall provisions that allow for the ouster of a dysfunctional mayor. But it needs to go far beyond that.

This is an area where Toronto can lead the world. The governance challenges facing 21st-century cities go far beyond Toronto. Virtually every global city, including New York and London, face similar, if less immediate, issues. It's become fashionable to say that cities are the laboratories of democracy and that mayors are the new legislators of the world. If a solution is to be found, the wisdom goes, it will be found at the local level. Cities and mayors are important, yes, but they cannot do it all by themselves. If we keep insisting that they do, they're bound to fail.

The answer is not to ditch the amalgamated city and return to the smaller city of the past. The amalgamated city reflects the underlying integration of the economy and provides the scale and scope that are needed for growth. It forces us to deal with our very real divides and not sweep them under the rug.

Toronto can lead the world by devising a modern system that's up to the task of investing in governing and investing in a large economically integrated city. As Alan Broadbent has rightly said, Toronto needs to be run essentially like a province. The amalgamated Toronto is bigger than most of Canada's provinces; its GDP accounts for 20 per cent of the entire country's. But like all Canada's cities, Toronto has been left with "little fiscal resilience, and with weak governance structures."

Such a new governance structure cannot be imposed by fiat. It can only come from a broad initiative and extended conversation and a set of deliberations among the city, its key stakeholders and the province. But the basic idea would be to create a new kind of federalism, which extends from the provincial government through the city and all the way down to the varied communities and neighbourhoods that make it up. The council could be streamlined and made more manageable around the key communities that comprise the city. This could go beyond the hybrid structure of New York's borough presidents. The mayor's office could be made stronger and focused explicitly on key regional issues, such as transit and infrastructure, instead of on constituent service or micromanaging day-to-day municipal affairs.

Rob Ford will soon be gone. But even more important than who replaces him will be how soon and how thoroughly we can remake the office of the mayor. Canada's strictly regulated banks have shown the world that government has a key role to play in the new economy. With a new city charter and a growth model for the 21st century, Toronto can set a new standard for municipal governance, as well. 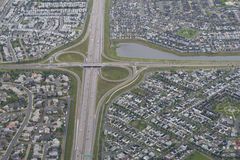